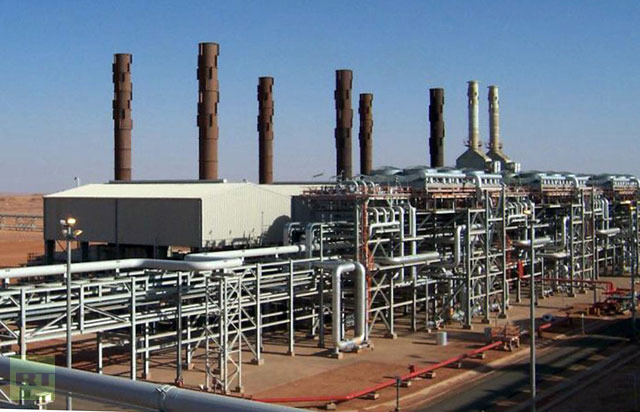 The militants who seized an Algerian gas plant, taking scores of hostages, have demanded the release of terrorists, one of whom was involved in the 9/11 attacks. At least 30 hostages, including several foreigners, have died in rescue attempts.

The Al-Qaeda-linked military group that claimed responsibility for the kidnappings said it will carry out more attacks, Mauritania’s ANI news agency reported.

The Mulathameen group warned people to stay away from

“the installations of foreign companies as we will strike where it is least expected,”

ANI quoted the group as saying. The group reportedly pre-planned the attack on the plant for two months.

Conflicting reports have emerged regarding the rescue operation and its final death toll. Out of the 30 hostages killed, there were at least two Brits, one French national and two Japanese nationals, Reuters reported.

The hostage situation has given rise to a number of conflicting figures. Algerian news outlet APS says that nearly 650 hostages have been freed, among them 573 Algerians and 100 of the 132 foreigners being held. This leaves about 60 foreign citizens still being held by the militants.

Brahim, a technician working on the facility told France 24 about how he and around 50 others escaped from their captors.

“We cut the wire fence with clippers, and ran for it, all together, 50 or so of us with the three foreigners. We were welcomed by the special forces who were only a few dozen meters from the base.”

One freed British hostage said that he was impressed with the way in which the Algerian army handled the situation.

“I was very impressed with the Algerian army, very exciting episode. I feel sorry for anybody who’s been hurt, but other than that I enjoyed it,” said the man, who has not yet been identified.

They have called for the release of Pakistani Aafia Siddiqui and Egyptian Omar Abdel-Rahman, known as ‘The Blind Sheikh,’ ANI reported, quoting the militant group’s spokesperson.

Rahman was imprisoned in the US for masterminding the 1993 World Trade Center attacks and plotting to bomb New York and other US cities. Rahman, who had a close relationship with Osama bin Laden, is currently serving a life sentence in a US jail.

Aafia Siddiqui, also known as ‘The Grey Lady of Baghram,’ is a US-educated neuroscientist and mother of three. She was arrested in 2008 in Afghanistan and accused of being an Al-Qaeda agent, and was sentenced to 86 years in prison.

She is currently being held in Fort Worth in Texas.