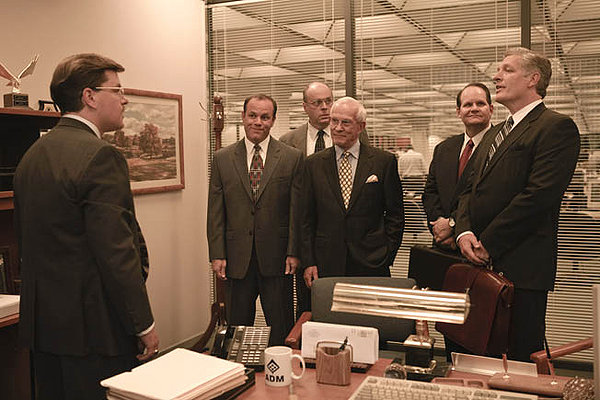 The Palm Springs International Film Festival (PSIFF) usually attracts a large contingent of documentary film entries (some sixty plus).  Documentary filmmakers are drawn to this festival as are moths to a flame.  If you want your “docu” to be seen, then PSIFF is the 800-pound gorilla when it comes to audience exposure.  But they only accept the best for consideration.

In the documentary film “The Informant”, by writer/director Jamie Meltzer, we have an opportunity to examine and explore the motivations of an obviously duplicitous individual whom the program notes say is based on a true story.  Brandon Darby starts out as a left-wing political activist, who claims to have “seen the light” somewhere along the way, and who then turns 180 degrees, and offers himself as an FBI informant.

The program notes also say the film is possibly the year’s best thinking man’s who-done-it.  Why?  Well, because we already know “Who done it”.  The larger question is:  can we trust Mr. Darby’s veracity?  Could he be a triple agent?  In today’s politically intriguing and highly charged intelligence community, any hypothesis is possible.

Director Meltzer, a seasoned filmmaker, spent three years interviewing and filming Bandon Darby.  He also spent over $150,00 dollars in bringing Darby’s story to the screen.  Darby began as a charismatic activist who worked with the homeless of New Orleans’ Ninth Ward following Hurricane Katrina.  You have some people saying Darby was a true friend of the Ninth Ward and a “do-gooder” that got things done.

On the flip side, there are those who vilify him as the FBI informant largely responsible for the imprisonment of two young activists following the 2008 Republican National Convention.  The young men insinuate that Darby misled them into performing violent acts. They say they never would have gone that far on their own.  Also, they claim the government entrapped them with Darby’s help.  The case of the two young men is still ongoing.

Meltzer painstakingly constructs his documentary with on-camera interviews with friends and acquaintances of Darby, even re-creating enactments with them and with Darby himself.  Some on the Left feel betrayed by Darby’s switch to the “dark side”.   Translation: to the Right.  Darby now represents some elements of the Tea Bag Party by speaking at rally’s and other gatherings.  He’s been likened to a glory hound, not only in the pursuit of his new agenda, but also in the pursuit of money.  There’s nothing new in that position.  Many have gone down that path before, and still many will follow him down that road again.

When Meltzer is asked by an audience member during the Q & A what his honest opinion is, as to which Darby version of the truth one should believe, he responds with “Well, that’s up to the audience to decide.”  He goes on to say that he purposely left the ending of film sort of dangling in an ambiguous state.  The conundrum proffered by the film is somewhat similar to what a Judge must face in a court of law on a daily basis:  Which side is really telling the truth?  Of course, the government and the FBI are in support of Darby becoming patriot and a supporter of the law.

Since his Epiphany Darby has been ostracized by his former fellow activists as a pariah, and he’s received death threats by people he’s doesn’t know or has never met.  He now sleeps with a gun under his pillow.  One thing we do know, Brandon Darby is now a man who is continually looking over his shoulder.  The life of an informant is not a very rosy one