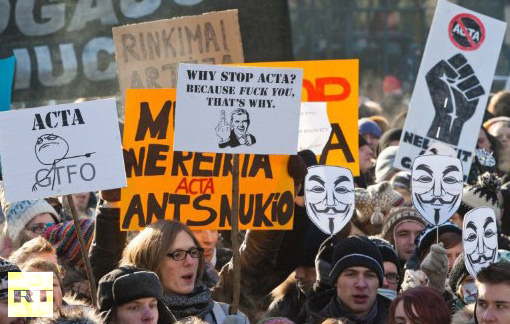 The world has witnessed an unprecedented day of protests against ACTA. Hundreds of thousands of people have gathered in dozens of cities around the globe to protect what is left of the freedom of expression on the internet.

Protesters from over 200 European cities consolidated their efforts to hold rallies across Europe. The controversial ACTA treaty was signed by the majority of European countries and now there is a battle to dissuade parliaments from ratifying the agreement.

Massive strikes took place in Germany with organizers saying that a total of some 100,000 people have gathered in many cities across the country, including Berlin, Hanover, Hamburg, and Cologne. Just the previous day Germany put on hold its joining the ACTA treaty after its Justice Ministry decided to wait until the issue is discussed in the European parliament.