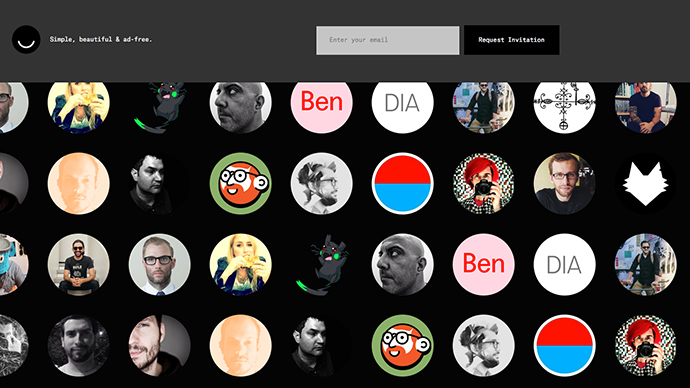 Ello, the new social-media site that exploded last month, has raised $5.5 million through investors and says a charter that was recently signed by the company’s executives will see to it that users will continue to be offered an ad-free experience.

After initially guaranteeing users a social media site devoid of paid content and other adverts, Ello’s execs say new measures will make sure that their promise stays in place: the company has not only managed to increase its funding more than ten-times over from an original $450,000, but has also made its founders and investors alike sign a charter prohibiting Ello from selling user data or ads.

“We’re really creating a way to enshrine Ello, legally, as what we intend it to be,” Ello CEO Paul Budnitz told Wired this week. “The bottom line is we’re not going to sell out and no one can make us sell out.”

In a statement dated October 20, the signees of the agreement explain their reasoning:

“Ello’s explosive growth over the last few months proves that there is a hunger to connect with friends and see beautiful things — without being manipulated by ad salesmen, boosted posts and computer algorithms that don’t always have our best interests at heart. On an ad-driven social network, the advertiser is the customer and you’re the product that’s bought and sold,” the memo reads in part.

“To assure in the strongest possible way that Ello stays focused on its mission to be a different kind of social network, Ello has converted to a State of Delaware Public Benefit Corporation,” or PBC, it continues, meaning “Ello is legally obligated to take its impact on society into account in every decision in makes.”

Specifically, the charter says that Ello can never sell user-specific data to a third-party or enter into an agreement to display paid ads on behalf of a third-party; additionally, a caveat is included that prohibits any future owners or investors at Ello from doing the same in the event of an acquisition or asset transfer.

“We really cannot be forced by our investors to break the basic principles,” Budnitz, the CEO, said to Betabeat.

Already the charter has garnered the signatures of venture capitalists from three firms that recently agreed to back Ello as the company continues to try and take on social media giants like Facebook. According to Wired, the new $5.5 million raised by Ello’s Series A funding round was made possible thanks to contributions from the Foundry Group, Techstars’Bullet Time Ventures and FreshTracks Capital.

“Foundry Group is completely supportive of the Ello mission,” the Colorado-based investors said in a statement. “We’ll either build a business that doesn’t rely on third party advertising or the selling of user data or we won’t build a business. Our belief is that there are products and features that Ello can develop that users will be willing to pay for. While the price points may be low, as part of a much larger ecosystem with millions of users, will provide an economic model for the company which supports the business and our investment.”

“Signing the Ello charter was a no-brainer for us as investors,” added Techstars managing partner Mark Solon said in a statement. “We believe in the mission, and the (B corp status) further enforces the manifesto and Ello’s vision to never market their users to third parties.”

In under two months, Ello has acquired 1 million members up from less than 100 and, according to Wired, an additional 3 million are waiting to join. Previously, the site has been billed as being thje “Anti-Facebook” because of the stark contrast between its own stated policies and that of the social networking behemoth that relies on ads.