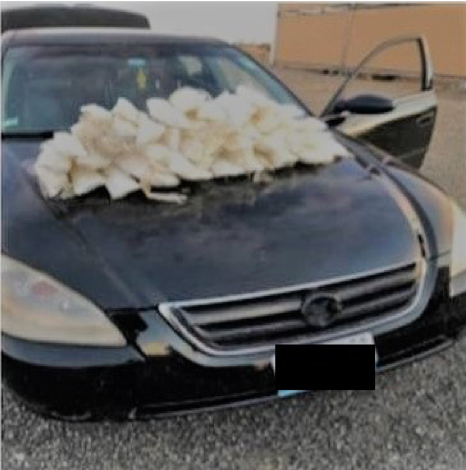 The incident occurred at approximately 5:47 p.m. when a 26-year-old woman driving a black Nissan Altima approached the checkpoint.  A Border Patrol canine detection team alerted to the vehicle.  Agents sent the car to secondary inspection for further investigation.

While in secondary inspection, Border Patrol agents discovered several packages hidden inside the gas tank of the vehicle.  Agents determined that the substance was consistent with the characteristics of methamphetamine.

The total weight of the methamphetamine discovered was 43.98 pounds, with an estimated value of $145,100.

The woman, a Mexican citizen, the methamphetamine and vehicle were turned over to the Imperial County Sherriff’s Office Border Crime Suppression Team.

U.S. Customs and Border Protection is the unified border agency within the Department of Homeland Security charged with the management, control, and protection of our nation’s borders at and between the official ports of entry. CBP is charged with keeping terrorists and terrorist weapons out of the country while enforcing hundreds of U.S. laws.