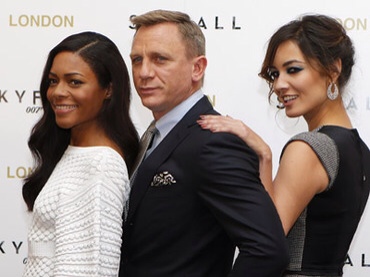 The influential Vatican newspaper L'Osservatore Romano has praised the latest James Bond movie to the skies, saying ‘Skyfall’ is “more human, capable of being moved and of crying: in a word, more real.”

The 23rd James Bond adventure has moved the Vatican newspaper to the point where it published five articles about the franchise, including an interview with the macho star Daniel Craig.

In the article, entitled “007 License to Cry,” the newspaper notes that Sam Mendes’ installment doesn’t lack “any of the classic ingredients” of the legendary franchise: “the captivating theme tune; adrenaline-packed action and mind-blowing chase scenes; beautiful Bond girls; famed Aston Martin DB5; as well as the unmimissable Vodka Martini – shaken, not stirred…”

On top of this, the publication which only has a print circulation of 15,000, published a rundown of previous actors who portrayed the Bond character. A note on how author Ian Fleming chose the name for his action hero. Plus, a review of the soundtracks for the 23 Bond films that have appeared to date, Catholic World News reported.

Back in 1960, the Catholic Church came down on Federico Fellini through l'Osservatore Romano which had given bad press to his La Dolce Vita. The comedy-drama starring Marcello Mastroianni came to be perceived as a parody of Christ’s second coming and was banned in Spain until the death of dictator Francisco Franco in 1975.

Many noticed that since the arrival of Italian professor of patristic philology Gian Maria Vian as the newspaper’s editor-in-chief in 2007, L’Osservatore Romano has become keen to widen the horizons of its readers by exposing reviews on popular films and music.