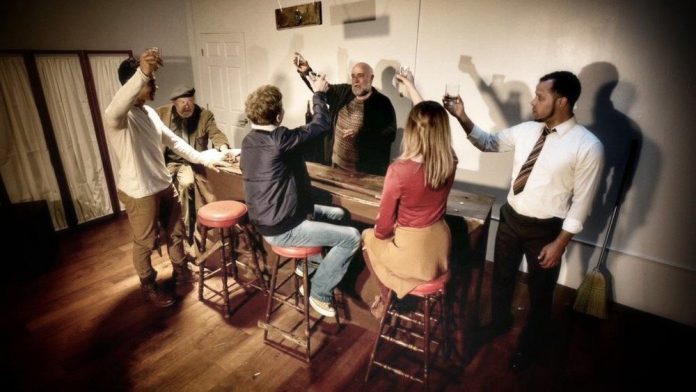 If you thought the American Civil War (1861- 1865)  would still be an emotional hot button issue between Northerners and Southerners 154 years after it ended, well then, you will easily relate to the Irish-English rift that has been festering since 1155 A.D.

The only English Pope in history was Adrian IV.  He issued a Papal Bull in 1155 A.D., saying in short, that English Kings had the authority to rule over the Celtic Island we know as Ireland. Celts are a proud people and have never gotten over the fact that English Kings invaded their gorgeous Emerald Isle as well as overstaying their visit.

Flash forward to the 20th century.  The charming, and at times, bellicose Irish rogues, who can out-drink Satan himself if need be, are known for their “gift of the gab”, a quality synonymous with the lilt of Irish storytelling, usually accompanied by a pint of ale or multiple glasses of Jamieson’s Irish whiskey.

The event can be an adventure in that it satisfies every taste no matter how off the wall it sounds.  And actors just relish the experience of being up close and personal with the audience.  The sets, for the most part, are bare bones.  After all, it’s about the story and the actors who deliver the magic. Best advice for age-challenge audiences is Just to go with the flow.  Theatre has always evolved and thrived in change.

In the modern era, “the on-going rift between the Irish South or Free State and Northern Ireland began with the 1916 Easter Uprising. The war over English rule in Northern Ireland has been a 100 year, bloody struggle due to the Catholic Irish Free State (stronghold of the IRA) and the Protestant North who have chosen to remain under English rule; blocking unification.  And the beat goes on…

New York actor David McElwee, brings his dark serio-comedy play “Rory and the Devil”, to the Hollywood Fringe Festival with his first foray into playwriting along with his directing debut.

It’s 1972 and we’re visiting a rural area, in Donegal, Ireland that’s inhabited by its regular denizens and a few visiting imbibers.   Welcome to Neil Friel’s Pub, by the border with Northern Ireland during the height of “the troubles” as the locals say. It’s where the regulars to Friel’s (John Apicella) pub come to see if Freil’s fetching barmaid Mary Friel (Jennifer Oakley), can handle the local lads who frequent her father’s pub.

The audience gets to watch and size up each character as they grab a drink or two and then wait to see if she can handle the prickly regulars: Hugh McNickle (John Harnagel),  Rua McNickle (Glenn Stanton) who fancies Mary and enjoys needling his mates. Robert Kincaid (Tyee Tilghman), a visiting English friend of Mary’s who is also keen on her. A young American visitor Colin Callaghan (Brennan Murray) arrives at the pub seeking his grandfather Hugh McNickle, whom he has never met.

The stage is set for a fascinating and intriguing evening of a culture that is definitely not what we’re used to seeing in old-school Hollywood movies with the likes of John Wayne and Maureen O’Hara, or Barry Fitzgerald, and the language of that era.  It’s more like director Carol Reed’s and James Mason’s gritty, at times, “Odd Man Out” film.

McElwee’s dark comedy delves into situations where the whiskey that flows like buttermilk leads to alcohol-fueled loose tongues and misunderstandings between everyone, propelling the story to a point where things get ‘complicated’ in the blinking of an eye.  Also, the twists and turns in the tonal shifts of the plot, pull the audience one way and then in another direction. It’s an impressive playwriting debut.

The beauty of playwright/director McElwee’s play lies in its language and its superb ensemble cast who understand their playwright’s both comedy and dramatic intentions; who then deliver wonderfully nuanced performances to compliment the writing.  We’re so close to the acting space that we blend into the action, as if we are pub customers observing the regulars and their interactions with one another.  Each actor gets the opportunity to shine in doing his or her thing. It’s good stuff.

John Harnagel delivers a rendition of an Irish poem filled with mystery and myth that gets a round of applause from the audience at its conclusion.  The production is an auspicious debut in both writing and direction by David McElwee.  The producers are festival veterans Billy Ray Brewton and Marissa Rivera.  A kudo goes to dialect consultant Joshua Weinstein for the ring of authenticity in the actor’s vocal deliveries.  The action takes place over one night and is neatly wrapped up, without an intermission, in 90 minutes.

In a sidebar note:  I had the opportunity to chat briefly with McElwee before the production.  When I asked him what attracted him to write a dark serio-comedy about the ‘IRA vs. the Black and Tans’ with its tension-filled, never-ending, political war of attrition stories, he said he grew up listening to similar tales from his relatives.  He had an itch to grow as an artist and enrich his resume. .. so he scratched that itch. The result is an impressive production from a new playwright/director to keep an eye on.