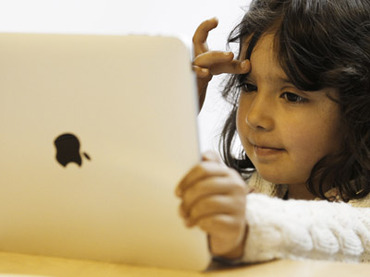 Think twice the next time you play a videogame or surf the Net: ‘Internet-use disorder’ is set to be added to the list of mental illnesses in the worldwide psychiatric manual. Kids are identified as being especially at risk.

The international mental health encyclopedia known as the ‘Diagnostic and Statistical Manual of Mental Disorders’ (DSM-IV) will include Internet-use disorder as a condition “recommended for further study” in its forthcoming May 2013 edition.

Psychologists believe that Internet addiction should be categorized like other addiction disorders as it has similar symptoms, including emotional shutdown, lack of concentration and withdrawal.

Parents have noted their children becoming angry and violent when their electronic gadgets are taken away from them, the Sydney Morning Herald reported. In other instances, kids preferred to play a videogame over eating or social interaction.

One step closer to mental illness

The listing is another step towards classifying Internet addiction as a mental illness: The DSM-IV’s new inclusion demonstrates that there are risks posed by overusing technology and that more research is required, which could lead to formal diagnoses of the disorder in the future.

Psychologists are pushing to broaden the diagnoses of Internet-use disorder to include more than just gaming addictions, which could expand the age group of those affected by the illness.

”With kids, gaming is an obvious issue. But overall, technology use could be a potential problem,” Director of the Brain and Psychological Sciences Research Centre Mike Kyrios told the Sydney Morning Herald.

Australia was one of the first countries to recognize the problem and offer public treatment, and established clinics to treat video game addiction.

That such widely used technologies can cause deep harm to children has lead to further examinations of adults habits surrounding devices used 24/7 for reading, gaming, and social interactions.

When addiction borders on insanity

Addiction to online games is not a new phenomenon, with some cases grabbing international headlines over the past few years.

In a 2009 incident, 17-year-old Daniel Petric of Ohio shot his mother and injured his father after they confiscated his Halo 3 videogame because they feared he was playing it too much.

Chris Staniforth, 20, suffered a blockage to his lungs and died while playing his Xbox for up to 12 hours in 2011.

A year later, another gaming addict died after playing an online videogame for 40 hours straight at an Internet café in Taiwan.

Similar behavior has also been exhibited by adults: A Korean couple was arrested in 2010 after their infant daughter starved to death while the pair played an online game for hours. The videogame the two were playing involved raising a virtual baby.