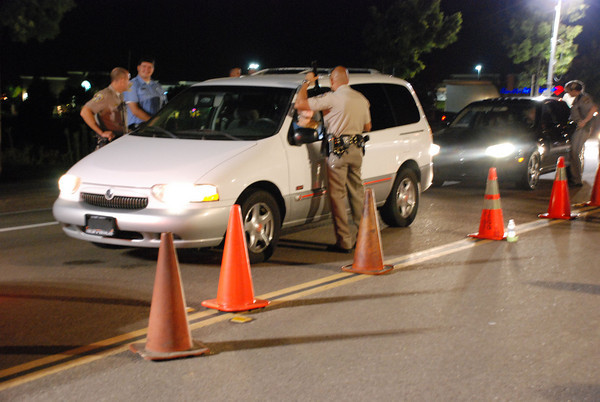 29 Palms, CA – The 29 Palms Police Department will be conducting a DUI/Drivers License Checkpoint on June 15, 2012 between the hours of 7:00 p.m. and 3:00 a.m at an undisclosed location. DUI checkpoints are a proven enforcement tool effective in reducing the number of persons killed and injured in alcohol involved crashes. Research shows that crashes involving alcohol drop by an average of 20 percent when well-publicized checkpoints are conducted often enough.

Officers will be contacting drivers passing through the checkpoint and looking for signs of alcohol and/or drug impairment. Officers will also check drivers for proper licensing and will strive to delay motorists only momentarily. Drivers caught driving impaired can expect jail, license suspension, and insurance increases, as well as fines, fees, DUI classes and other expenses that can exceed $10,000.

In 2010, over 10,000 people were killed nationally in motor vehicle traffic crashes that involved at least one driver or motorcycle rider with a blood alcohol concentration (BAC) of .08% or higher. In California, this deadly crime led to 791 deaths because someone failed to designate a sober driver. “Over the course of the past three years, DUI collisions have claimed several lives and resulted in serious injury crashes harming many of our friends and neighbors,” said Sgt James Porter.

According to the National Highway Traffic Safety Administration (NHTSA), checkpoints have provided the most effective documented results of any of the DUI enforcement strategies, while also yielding considerable cost savings of $6 for every $1 spent. Checkpoints are placed in locations that have the greatest opportunity for achieving drunk and drugged driving deterrence and provide the greatest safety for officers and the public.

“Deaths from drunk and drug-impaired driving are going down in California,” said Christopher J. Murphy, Director of the California Office of Traffic Safety (OTS).  “But that still means that hundreds of our friends, family and co-workers are killed each year, along with tens of thousands who are seriously injured. We must all continue to work together to bring an end to these tragedies. If you see a Drunk Driver – Call 9-1-1.”

Funding for this checkpoint is provided to 29 Palms Police Department by a grant from the California Office of Traffic Safety, through the National Highway Traffic Safety Administration, targeting those who still don’t heed the message to designate a sober driver.