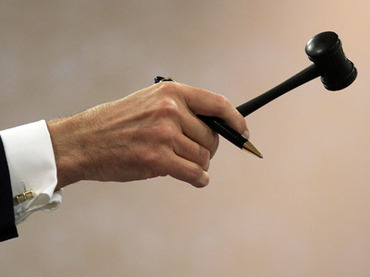 A Finnish man has put his “insufferable and unwanted” wife up for sale. An online auction had to remove the announcement after the starting price for the spouse of 5 euros, reached the maximum 100,000.

Local Iltalehti newspaper reported that the resident of Vantaa in Southern Finland who put his wife up for sale described her as ill-tempered, quarrelsome and hard to cheat on.

Burnt food was also mentioned among the woman’s worst sins. The man noted that she could cook an excellent pasta pie, though.

Her age wasn’t clear from the advert, and the Finnish husband praised her ‘strong points’ as a woman.

The man reportedly didn’t choose his words when he suggested that all those interested in the lot should pick up his wife “right from home, as soon as possible”, Itar-Tass agency reported.

The auction management cut short the sale after local press reported it, without waiting for an explanation from the vendor.