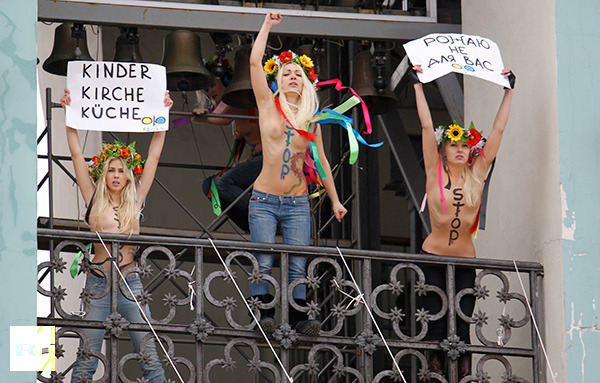 Members of FEMEN, who are famous for staging controversial naked protests, switched from political issues and slashing domestic violence to defending Ukrainian women’s right to abortion. They chose the country’s main Christian cathedral as a venue.

Five FEMEN activists climbed to the Cathedral of St. Sophia in the center of Kiev to protest a proposed legislation that would ban abortions in Ukraine.

The girls got naked, rolled down banner “STOP” from the balcony of the cathedral and began ringing church bells to attract the attention of those passing by. They also shouted a slogan which can be translated as “our children – our choice.”

The Cathedral of St. Sophia is one of the main sightseeing attractions in Kiev, so security and police were not long in coming.