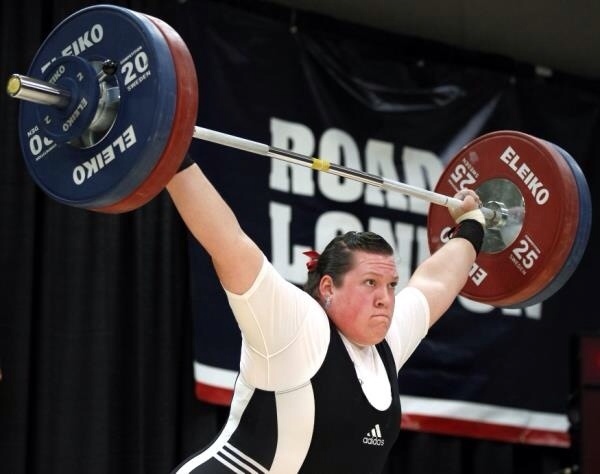 Desert Hot Springs, California (July 18, 2012) – Sarah Robles grew up in Desert Hot Springs and San Jacinto, California. She started her athletic career in the 8th grade,competing in track and field. Although Sarah loved weightlifting, it was not her main focus, and she went on to compete at the University of Alabama and Arizona StateUniversity on track and field scholarships.

While at ASU, Sarah rediscovered her love for weightlifting and caught the eye of Joe Micela, one of the leading weightlifting coaches in the country. Coached by Mr. Micela,Sarah began entering local weightlifting competitions and rose rapidly through the eliteranks of the sport. Eventually, she made the tough decision to give up her scholarshipat ASU to dedicate her time to weightlifting.

Sarah lifted her first weights competitively in 2008 and, just four years later, is the top-ranked women's weightlifter in the country. On March 8, 2012, she lifted a personal-best total of 258 kilograms (567.6 pounds) at the trials in Columbus, Ohio, earning her a spot on Team USA's 2012 Women's Weightlifting Team. Sarah is considered a favorite to medal at the 2012 Olympic Games.

City of Desert Hot Springs Mayor Yvonne Parks stated, “The City of Desert HotSprings congratulates Ms. Robles on this major accomplishment and wishes her the best of luck in London! We’ll be rooting for you, Sarah!”