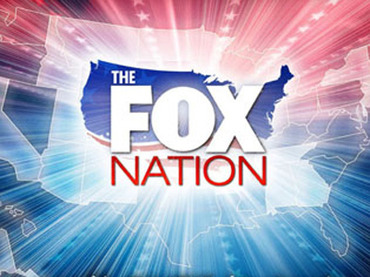 This week’s news that the White House is easing the process for illegal immigrants to become lawful US residents might seem simple enough, but Fox News has managed to spin it more way than one.

News Corp’s Fox News enterprise didn’t shy away from this week’s story involving the new US Department of Homeland Security rule that will make the process for obtaining a legal visa easier for immigrants, but it did take turns shaping it to make sure it would attract as many readers as possible.

First spotted this week by Hilary Tone of MediaMatters.org, both Fox Nation and Fox News Latino picked up the story, albeit with different pictures and headlines.

“Fox Nation and Fox News Latino are once again selling different versions of the same story to pander to conservative audiences while simultaneously attempting to court Latino readers,” Tone writes.

While both websites, each owned by Fox News, did try to tackle the immigration story of the week, they did so in a different light. In the case of Fox News Latino, they opted to go with the headline, “US Eases Path to Legalization for Some Immigrants, Keeps Families Together,” published on their website alongside a photo of well-dressed individuals demonstrating at an immigration reform rally.

Over on Fox Nation, however, things were a bit different. For their take, they went with the headline “Obama Begins Amnesty Push,” published above an image of handcuffed immigrants being led away by armed federal police.

And whereas Fox News Latino went with a 13-paragraph write-up to address the news, Fox Nation used just a 4-paragraph excerpt that gives a bare-bones run-down of what the Los Angeles Times reported earlier in the week.

“Fox News Latino has received sharp criticism from Latino leaders who argue that the site lacks credibility, given that it seeks to attract and profit from Latino readers while its parent network and partner websites demonize immigrants,” she adds. Sure enough, though, this isn’t the first time the more Hispanic-friendly Fox Web portal has offered a drastically different take from its sister site. Tone recalls a June 2012 write-up in Media Matters where reporter Simon Maloy spotted other differences between the two websites regarding the immigration debate. Even then, Fox Nation used that same handcuff photo to decorate a story that was carried on Fox News Latino under the headline “Obama Administration Halts Deportations for Undocumented Children.”

“They should be called on for their hypocrisy because they are blasting Latinos in English media and courting us in Latino media, hoping no one who is reading it is bilingual. I don’t use Fox News Latino as a source. I would not use Fox News as a source because I know their history. I would question their statistics because I know where they are coming from. They’re still Fox,” Inez Gonzalez, executive vice president of the National Hispanic Media Coalition, told Media Matters last year.