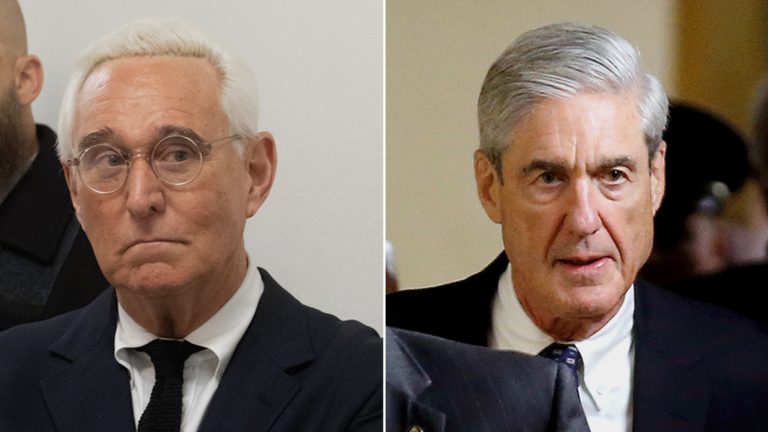 Stone is facing one count of obstruction of proceedings, one count of witness tampering, and five counts of false statements.

It is alleged that Stone, who officially left the Trump campaign in August 2015, told campaign officials in July 2016 about future WikiLeaks (referred to in Mueller’s document as “Organization 1”) releases of damaging information found in leaked Democratic National Committee (DNC) emails. US intelligence claims Russian “government actors hacked the emails.”

During Trump’s campaign, Stone boasted about having connections with WikiLeaks co-founder Julian Assange but later said it wasn’t a direct link. Instead, he said that he relied on New York radio host Randy Credico (named “Person 2” in the Thursday indictment) as a “go-between.”

The indictment says Stone lied to the House Intelligence Committee about his alleged contacts with WikiLeaks and tried to convince another person to give false testimony.

Stone, a long-time ally of Trump, was recently praised by the US president for saying he would “never testify against Trump” and for having “guts” in the face of the “rogue and out of control prosecutor” Mueller.

The FBI showed up at Stone’s door in force. Agents arrived armed with assault rifles and clad in body armor, and without warning.

FBI agents are among those left without pay due to the ongoing US government shutdown, and the fact that they still went and arrested Stone had the anti-Trump ‘Resistance’ praising on them on Twitter for “protecting this country.”

Since Trump came to power, FBI Special Counsel Robert Mueller’s ‘Russiagate’ probe has been investigating the US intelligence community’s allegations that he had conspired with Russia during the 2016 campaign. Stone’s arrest is arguably the most significant of the probe, which has so far resulted in several high-profile arrests on charges unrelated to the still unproven “collusion.”

Russia has dismissed all allegations of working to put Trump in power or control his decisions.

Many of Trump’s opponents blame Russia for his surprise 2016 victory against Hillary Clinton. In April 2018, the House Intelligence Committee concluded that Trump had not colluded with Moscow, but later the Senate committee said he did, choosing to side with US intelligence assessments.

Those assessments, as well as media reports often based on unnamed sources (many of which have since proven to be false),  remain the chief basis for the ‘Russiagate’ allegations, as Mueller’s team has so far failed to uncover proof of conspiracy in its two-year probe.