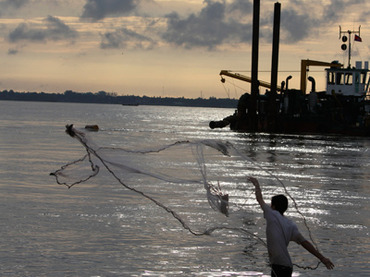 Nations will cut off rivers to prevent their enemies having access to water downstream, terrorists will blow up dams, and states that cannot provide water for their citizens will collapse. This is the future – as painted by a top US security report.

­The Office of the Director of National Intelligence (ODNI), the organization that oversees US intelligence agencies such as the CIA and FBI, was commissioned by President Barack Obama to examine the impact of water scarcity worldwide on US security.

And while the prospect of “water wars” has been touted for decades, it may start to become reality within a decade. The ODNI predicts that by 2040 water demand will outstrip current supply by 40 per cent.

Impoverished volatile states will be worst off

Water shortages “will hinder the ability of key countries to produce food and generate energy, posing a risk to global food markets and hobbling economic growth.” North Africa, the Middle East and South Asia will be hit the hardest, the report states.