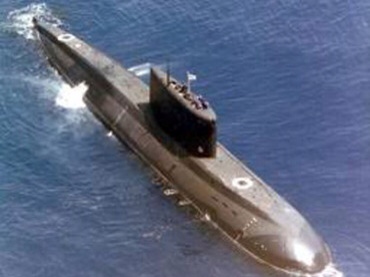 Days after the US and 30 other nations began naval exercises in the Persian Gulf; Tehran has announced it is sending a Russian submarine to bolster its forces in the area.

The Taregh-1, one of three Russian built Kilo class submarines, was sent to the southern port of Bandar Abbas, after completing a refit earlier this year.

The deployment comes as Iran strengthens its naval forces in the region. A destroyer, the Sahand, has also been launched after an overhaul and is expected to be ready for operations in the near future.

The country’s Supreme leader, Ayatollah Khameni, who has command of all military affairs, said that Iran has no intention of attacking another nation.

“The armed forces should be upgraded in such a way that no one will be able to violate the reinforced fortress of Iran,” Khameni said Tuesday whilst visiting a naval base in the northern Iranian port of Noshar.

The Iranian deployment comes two days after US led anti-mine sweeping exercises got underway in the Persian Gulf.

30 countries are participating in the maneuvers and today three British warships joined the armada. Other countries taking part include Saudi Arabia and France.

They are being interpreted as a show of force, warning Tehran not to disrupt vital oil routes in the Strait of Hormuz. 18 million barrels a day, some 35 percent of the world’s oil shipments, pass through the 21 mile wide channel every day.