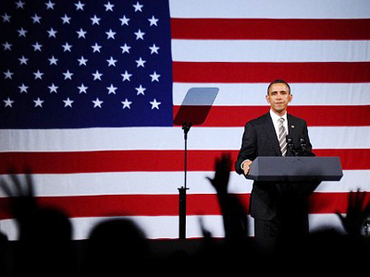 The challenges, he said, were real. He called them serious and said there were many.

America had gathered because the country had “chosen hope over fear; unity of purpose over conflict and discord,” and proclaimed “an end to the petty grievances and false promises.”

But three years to the day that Barack Obama told millions of Americans that it was these choices that brought him to Washington in his inaugural address from the steps of the Capitol Building — the hope, change and abolishment of false promises remain largely out of reach for the American people.

Obama took the oath of office on January 20, 2009, beginning a position he earned by promising a new era of peace and accepting his role as, as he put, aiding in the ushering in of “a new era of responsibility.” Three years later, however, the country’s commander-in-chief has been persistently pounced on by both the press and public alike. He advertised a future built on hope, not fear, yet recently authorized the US military to indefinitely detain any American it sees fit. There was more hope back then, hope for a unity of purpose over conflict and discord, yet he continued George W Bush’s war in Iraq for more than 1,000 additional days and even aided the uprising in Libya — without asking Congress for approval or giving much in the way of an explanation.

And as we reach four years after he addressed 1.5 million people in the US capital and spoke to billions worldwide, we can anticipate another speech on those same steps – and according to most recent polls the same person will deliver it. Despite opposition from his own party in addition to that from the other side of the aisle, President Obama is currently polling as the most likely winner in the 2012 election. After three years of broken promises, failed policies and dangerous legislation, is America only less than half done with Obama’s reign in the White House?