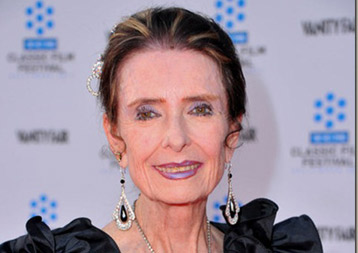 Palm Springs’ Lyons English Grille restaurant and local theatrical producer David Christopher, present  “The Legends at Lyons” series with Academy Award winning actress Margaret O’Brien. Miss O’Brien will share her memories and her anecdotes of working in Hollywood as a child actor at MGM Studios during the golden age of movie making on Sunday, October 21,2012.

The program begins with a 5 pm dinner followed by the show at 7 pm. For aficionados of movies from the Golden Age of Hollywood – 1940’s through the 1950’s – Miss O’Brien has selected film clips, memories, and tidbits about her working days along such luminaries as:

Edward G. Robinson, Robert Young, Orson Welles, Agnes Moorhead, Elizabeth Taylor, and of course, the great Judy Garland in the 1944 film “Meet Me In St. Louis”, for which she received her Academy Award.In addition, Miss O”’Brien will answer questions from the audience who will also have the opportunity to meet and speak with her following the program.

It’s a wonderful opportunity rub elbows and be up close and personal with a genuine Hollywood Star.  The entire cost of a three course dinner, plus the show, and a wonderful and memorable evening, in the bargain, is only $64.95.  Reservations are required.