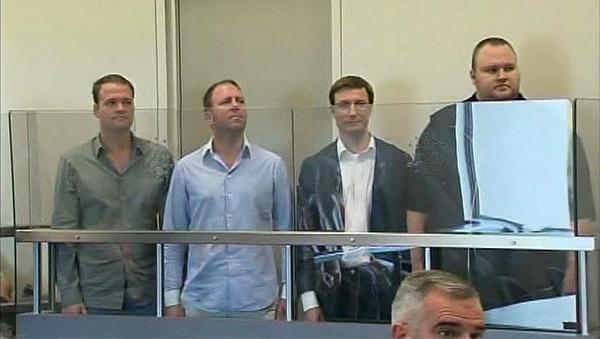 Federal agents executed a crackdown on the files sharing website Megaupload on Thursday. The response, you could say, was not minor.

Authorities attest that Megaupload, at one point the fifteenth most popular site on the Web, was guilty of costing copyright holders upwards of $500 million in lost revenues because users of the service can easily and freely upload and distribute pirated material. Four people were arrested in New Zealand Thursday as part of the sting, which also yielded the site going offline.
Given that Megaupload boasts an audience of 500 million users daily, a reaction was expected. Only minutes after the Web began digesting the news, that response came by way of thousands of upset users, many aligned to the online collective Anonymous.

The attack started swift and strong and only grew. First fell the website the US Department of Justice, justice.gov. Next was the site for Universal Music Group, a SOPA supporter and the largest record label in America.

Anonymous calls it the single largest Internet attack in its history, and it crippled the biggest sites for the US government and entertainment industry.