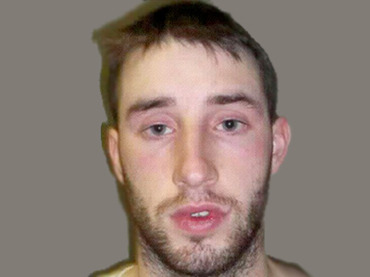 A US veteran is facing charges of terrorism after being arrested for trying to get some exercise. That’s William Alemar’s story, at least, who was detained this week after jogging in full military fatigues in public while carrying a training rifle.

Authorities have charged 23-year-old Army National Guardsman and Iraq war veteran William Everett Alemar with “committing a terroristic act and wearing body armor while committing a felony offense.” He was arrested on the morning of August 20 after officers responded to calls of an armed man running along a road adjacent to a Martinsburg, West Virginia high school.

When the cops found Alemar three minutes later, he was wearing his full National Guard get-up and was brandishing an air-soft “training rifle,” a gun that while similar to his actual weapon only fires pellets, not bullets. He was also garbed in a ballistic vest composed of bullet-resistant ceramic panels and was equipped with two knives and several unloaded magazines, the Herald-Mail reports.

“The primary concern for the police department was that subject’s proximity to the area schools — Martinsburg High School, South Middle — when he was first located off Bulldog Boulevard,”Martinsburg Police Lt. George Swartwood says to reporters.