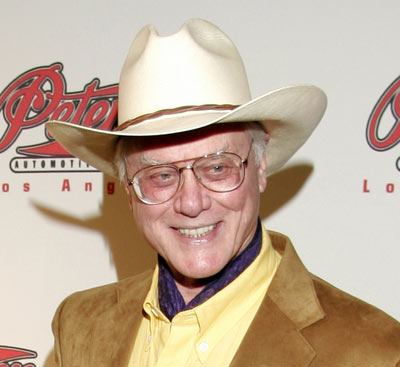 He died on November 23, 2012 from complications of throat cancer.

The 81-year-old actor was surrounded by friends and family before he passed peacefully, “just as he’d wished for,” the statement said.

Linda Gray, his on-screen wife and later ex-wife in the original series and the sequel, was among those with Hagman in his final moments in a Dallas hospital, said her publicist, Jeffrey Lane.

He had supporting roles in numerous films includingFail-Safe, Nixon, and Primary Colors. His television appearances also included guest roles on dozens of shows spanning from the late 1950s up until his death, and a reprisal of his signature role on the 2012 revival of Dallas. He also occasionally worked as a producer and director on television.

Hagman was the son of actress Mary Martin. He underwent a life-saving liver transplant in 1995. Although Hagman was a member of a 12-step program, he publicly advocated marijuana as a better alternative to alcohol.