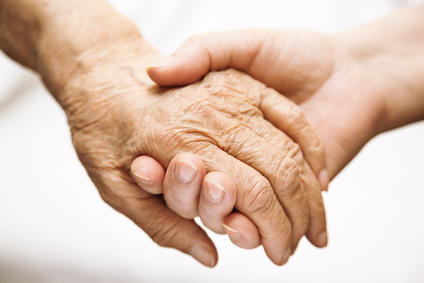 In 1995 I was widowed. My husband had coronary disease and was near death when I was introduced to Pycnogenol®. After taking only two capsules, he was able to stay awake all day, do minor manual task such as a little painting of the walls, picking up in the yard, etc. Before taking Pycnogenol®
(http://www.emedicinehealth.com/pycnogenol/vitamins-supplements.htm), he was only getting up to eat and then had to lay down on the couch
during the day and go to bed rather early at night. So this experience came to mind when recently I noticed Alzheimer’s was robbing my husband physically and emotionally, unable to even express himself. My husband’s Alzheimer’s condition is rather advanced as he was diagnosed in 2003. I decided to purchase Pycnogenol® for my husband to boost his vascular system (whatever is left of it after Alzheimer’s). I wanted to see if Pycnogenol® could improve his general quality of life in the nursing center. Once my husband became established in a dementia unit in a nursing center after a year and a half, he exhibited several alarming behavioral changes such as sleeping almost all day and night, having numerous complaints about physical pain, an inability to hold the telephone properly to converse with me or other relatives and friends, and his speech became incomprehensible most of the time.

After only two months of taking Pycnogenol®, he is up at least several hours a day in the morning and in the afternoon. His bedtime has been extended at least an extra hour which allows him to socialize with others in the center. He was able to watch the Super Bowl from beginning to end this year which he had not done for several years. Surprisingly he is able to have a conversation on the telephone and does not hesitate when responding to questions. The numerous physical complaints have disappeared. It is as if he has been given a second wind.

The combination of the behavioral changes and general well-being in my husband has been not only surprising, but remarkable. It seems to me that introducing a powerful antioxidant for a person with dementia may in fact be worth investigating further. Now our visits are even more enjoyable than they have ever been for the couple of years. I take Pycnogenol® daily to boost my energy because as a part-time family caregiver now that my husband is in a nursing center, my energy is still not where it needs to be. The steady demands of providing care for him for 10 years was physically and emotionally depleting. I also sleep better at night and enjoy a much fuller life as a result of having the new found energy. I am highly recommending Pycnogenol® as
a supplement for caregivers and individuals with Alzheimer’s. As always, everyone should consult with their physician before adding any
supplement to their diet.