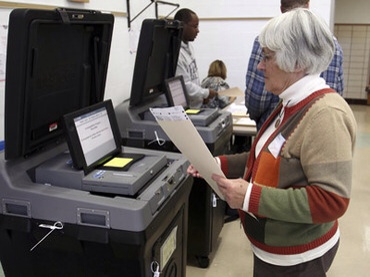 As polls begin to close across the US, all eyes are on the battleground states that could make or break the election. Preliminary polls suggest Obama has won the race.

With the popular vote evenly split down the middle – roughly 49% each nationally – the race for the 270 Electoral College votes necessary for victory has made campaigning in key swing states exceptionally heated.

Razor-thin margins in Colorado, Iowa, Nevada, Ohio, New Hampshire, North Carolina and Virginia, as well as a virtual dead heat in Florida, have made voter turnout potentially the deciding factor in this year’s election.

The Republican contender then shifted into overdrive, tacking on additional Election Day campaign stops in Ohio and Pennsylvania.