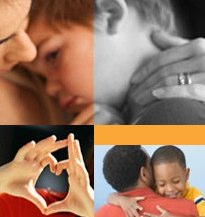 Since 1973, Olive Crest has transformed the lives of over 50,000 abused, neglected and at-risk children and their families.

“We work tirelessly to meet the individual needs of kids in crises by providing safe homes, counseling, and education for both youth and parents,” said executive director Pam Lee.

Olive Crest offers innovative programs that reflect a conviction that one of the most powerful ways to help heal children is to strengthen the family.  With unwavering compassion, the Olive Crest family maintains a lifelong commitment to the youth and families served.

Katrina, 12, came to Olive Crest weighing a mere fifty pounds; the result of being anemic and starving over a prolonged period of time. Her parents had forced her to live in a backyard shed, serve as a household slave, and hide when the police were around. She was unable to attend school, participate as a family member, or have outside friends.

Katrina’s Olive Crest foster family surrounded her with the love and nurturing that every child deserves. She was provided counseling to help her overcome the trauma of abuse and tutoring to help her catch up at school. To reverse the effects of severe malnutrition, Katrina was also placed under the care of a nutrition specialist. Soon, Katrina began to gain weight as well as self-confidence. Her hard work paid off when she was elected “Student of the Week” and “Student of the Month” at her new school. But, best of all, Katrina’s foster parents are adopting her, so they can keep her as part of their family forever. Katrina will finally have a loving home to call her own.

At age 9, Andy came to live with his Olive Crest foster family.  Although he quickly developed an attachment with his foster mom, Sharon, he struggled to bond with his foster dad, John.  Andy had few positive male role models in his life and strongly challenged any male authority.  It was no different with his new foster dad; Andy was consistently disrespectful and defiant, and he constantly challenged John.  However, after Andy and John went on a camping trip, there was a noticeable change in Andy’s interaction with John, and he continued talking about their camping trip for a month. John started planning adventures for the two of them to participate in together. Andy looked forward to his special time with “Dad,” and his bond appeared to genuinely grow stronger with him.  We are happy to announce that 15 months later John and Sharon have adopted Andy.  John, Sharon and Andy have all grown in so many ways, and Andy now has a forever family.

Benjamin’s mother had been in and out of prison for the majority of his life and his father, a violent criminal, was convicted of physically abusing him. He went to live with his grandmother a few months ago, but was removed from her home when a social worker found her high on methamphetamines. Through self-admission, Benjamin’s grandmother is a 30-year methamphetamine addict. When he left her home, she told Benjamin not to get his hopes up for returning to her care.

At 8 years old, Benjamin recently came to Olive Crest and finally knows what it’s like to have a supportive family. For the first time in his life, Benjamin is living in a safe place; experiencing unconditional love from his Olive Crest family.

Blake. He was only five when he was taken away from his parents due to reoccurring domestic violence. After spending years going back and forth between his family and foster care, Blake had all but given up on finding a place to finally call home.  Then Blake arrived at Olive Crest. He was placed with an Olive Crest foster family, and this one was different. It didn’t take long before the family asked him how he would feel about being adopted. Blake had spent his whole life waiting for a miracle, and to someday find his way into the loving arms of a forever family. Now, that miracle has arrived.

Matthew, 12, had consistent raging episodes, was unable to trust and his behavior was difficult when he came to Olive Crest. He had little hope and talked about his future death. Matthew is a child with Duchenne Muscular Dystrophy, in sixth grade but has reading and comprehension level at the second grade level. Due to Matthew’s illness, his life prognosis is only several more years. Children with his disease usually live to their late teens or early twenties. Soon after being placed in the foster home of Stephanie Boyle, a first time foster parent who works with people with developmental disabilities, Matthew’s behavior began to change. He went from being an angry, confused child to one who could express himself openly. Stephanie put Matthew in a large array of activities such as cub scouts and on a baseball team to encourage and strengthen his life experiences. On December 27, 2011, Stephanie and Matthew became a forever family. When the judge asked Matthew what he thought of being adopted, he slowly raised his hand and gave a “thumbs up” response. Stephanie was asked her thoughts of the adoption and said, “Matthew has changed my life and I love him.”  Matthew will now spend the rest of his short life with a mother who has given him hope, a reason to go on living as best he can and much unconditional love.

Each and every day at Olive Crest lives are being transformed through the healing power of family. These stories, like Matthew’s, are so important in communicating Olive Crest’s powerful work and securing resources on behalf of our youth and families.

Andrew, 9, was a sad, scared child whose mother was not able to care for him due to health and drug problems. Unable to provide financially for him, she lived with boyfriends who exposed Andrew to domestic violence. After arriving at Olive Crest, Andrew was placed with a loving foster family where he was encouraged to participate in activities and strengthen his academic skills. His family hired a tutor, as Andrew was behind two grade levels in school. He enrolled in kung fu and soon began to build friendships with children in his neighborhood. Today, Andrew is now at grade level and enjoys going to school. His family enjoys hiking, going to the zoo, and just spending quality time with one another. Andrew is more relaxed because he trusts that his parents will protect him and meet his needs. Andrew attended the Kappa Delta Shamrock 5K and Kid’s Run in 2011 and will be there again this year with his forever family that he found through Olive Crest.

WHERE:  Directions will be disclosed when you RSVP

MISSION:   Transforming the lives of at-risk children through the healing power of family