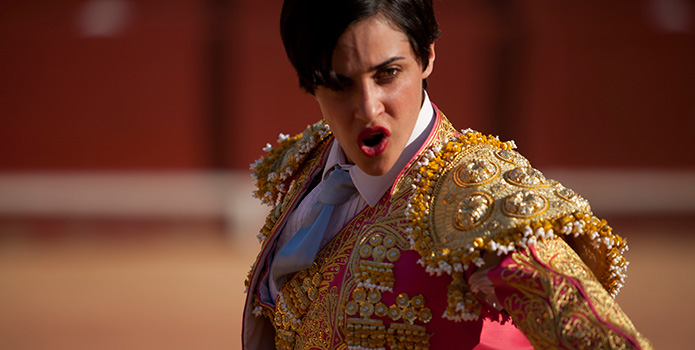 The 24th Annual Palm Springs International Film Festival (PSIFF) kicked off its eleven-day festival of films on Thursday, January 3, 2013.  More than 180 films from over sixty countries will screen at the prestigious festival – the third largest film festival in North America; and it’s all happening right here in America’s favorite getaway playground for stars and celebrities of every stripe.

Not only are celebrities attending, but filmmakers from all over the globe are here; some to present their films, others to see and be seen, perhaps catching a production or a distribution deal, in the bargain.  In addition, more than 135,000 film junkies, writers, directors, producers, actors, and Hollywood execs, will be sipping a cool one, or a café-latte at some of the movie industry’s favorite watering holes like Peabody’s, or talking deals at Spencer’s, or noshing at Sherman’s Deli.

Festival time in Palm Springs is a time when “the joint really jumps”, as the old saying goes.  Excitement and movies, and lots of movie aficionados are the main ingredients that drive the city’s entertainment scene during early January.  If you’re a movie fan, Palm Springs is definitely the place to be in January.

Written and directed by Pablo Berger, “Blancanieves”, is a wildly creative re-imagining of the Brothers Grimm fairy tale of Snow White.  In Berger’s surreal-like version, the movie brilliantly brought to life in silent-movie style is somewhat akin to last year’s Oscar winner “The Artist”, also a black and white silent film.  But that is where the similarity ends.

Berger’s story revolves around Antonio (Daniel Gimenez Caco), a rich and famous matador, who after being gored by a bull in Seville’s great Bullring, La Colossa, ends up a quadriplegic.  When his wife dies in childbirth, Antonio marries his wicked nurse Encarna (the wonderfully villainous Maribel Verdu), only to find himself confined to an upstairs room in his own mansion while Encarna spends his money on clothes and her lovers.  His daughter Blancanieves (played by Sofia Oria as his young daughter, and the beautiful Macarena Garcia as the adult daughter), treated like a lowly servant by her wicked stepmother, eventually escapes and joins up with a traveling group of entertainers called “The 7 Bullfighting Dwarfs”.  When they discover Blancanieves’ DNA-infused talent as a bullfighter, thanks to tutoring from her famous father as a young girl, she joins the act and becomes a national sensation.

“Blancanieves”, filmed in dazzling black and white cinematography by the very talented Kiko de la Rica would make cinematographers James Wong Howe and deep-focus pioneer Gregg Toland stand up and cheer. It simply radiates as it jumps off the screen.  As a matter of fact, all of the technical credits are absolutely superb.  The splendid warp-speed cutting techniques of editor Fernando Franco in the montage sequences work for 20th century-born audiences as well as for the younger generation. The music, so important and integral to a silent film, incorporates at times, flamenco rhythms with its staccato beat, which propels the story forward with a sense of urgency and heightened anticipation.

The delightfully expressive Mediterranean faces of the young actors and the craggy and lived-in visages of the older actors, is what makes this movie so winning, and appealing.  Iberia is an ancient landmass, and its inhabitants have lived through many emotional ups and downs, which are etched in the faces of the older actors, and are perfectly brought to life by director Berger.

When I asked PSIFF Artistic Director Helen du Toit what the rationale behind the selection of a silent film was, in launching a 21st century International film festival, she replied  “ …our choice was driven by the brilliant visuals, the story, plus the technical artistry and personal vision of Director Pablo Berger.  I believe we were correct.”

Darryl Macdonald, the long-time Executive Director of PSIFF, said “ Berger’s film book-ends both eras of moviemaking.  The transition from silent into talking films lovingly comes together under his creative gifts”, adding “the story and visual artistry of the film set in Europe of the 1920s, becomes a precursor of what world-cinema is all about.  It was an easy decision for us.”  Du Toit and Macdonald are absolutely correct on all counts.  Initially, I came prepared to be disappointed, instead I came away as a true believer.

The movie is full of wonderful directorial touches too numerous to list here.  However, it should be noted: the last scene of “Blancanieves” is worth the price of admission alone.  It’s features one of film’s sublime and truly poignant cinematic moments that rivals the ending of the great Chaplin film “City Lights”.