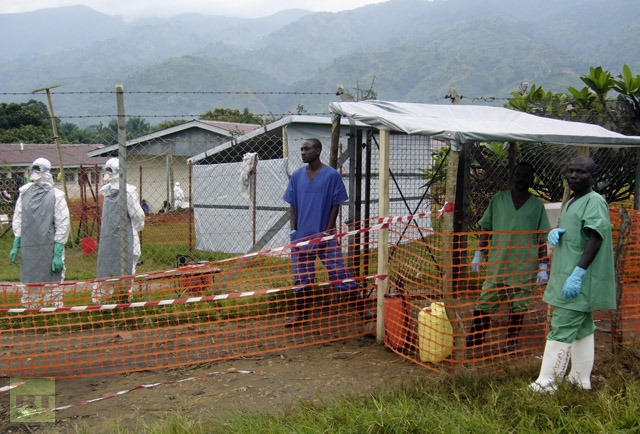 The Ugandan Government has created an emergency task force to deal with an outbreak of the Ebola virus. Dozens of terrified patients have fled hospitals afraid of contracting the disease, making quarantine near-impossible.

The onset of the virus outbreak – the third in the last 12 years – has caused the deaths of at least 14 people in western Uganda.

Depending on the strain the Ebola fatality rate can be up to 90 per cent.

The first cases came from a single village, where at first the sudden deaths were explained as witchcraft.  Health officials say this slowed the identification of the virus increasing the number infected.

But as soon as news broke of the onset of one of the deadliest virus known to man, patients at the Kagadi hospital where some of the ill have died, fled in terror of being infected.

Ugandan Health Secretary Stephen Bayaruhanga said many sick people who may have been infected with the virus refused to get tested at hospitals, fearing they may contract the disease there if they don’t already have it. In Kampala, where at least two of the cases have been treated, seven doctors and 13 health workers are under quarantine.