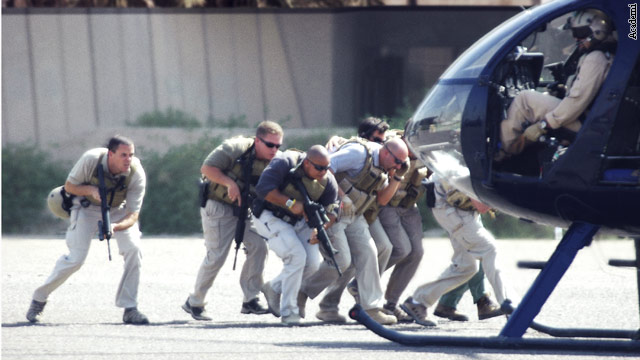 For skeptics of how the American government has conducted its so-called War on Drugs, don’t worry, it will soon be out of their hands.

The US Department of Defense has transferred its armed efforts in Latin and Central America in the War on Drugs to Academi, the private military contractors formerly known as Blackwater, reports BBC Spanish. Before they altered their branding to be known as Xe, then most recently Academi, Blackwater underwent immense criticism for a series of scandals involving contract employees executing civilians throughout the Middle East.

That same company that trained contractors to mercilessly slay helpless Iraqis will now be ushering military contractors south of the border to help combat the War on Drugs there, the outlet reports. With the Constitution only legally allowing the Pentagon to get away with so much, the BBC reports that the transition of control to private contractors will allow them to get away with what “US military forces are not allowed or not encouraged to do.”

The company previously known as Blackwater is just one of several private contractors that have been awarded contracts out of the Department of Defense, reports BBC, and their specific deal will award them several million dollars towards “providing advice, training and conducting operations in drug producing countries and those with links to so-called ‘narco-terrorism’ including Latin America.

Read the whole article at RT.COM