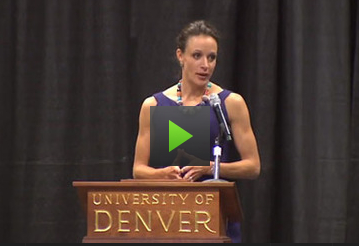 The fallout from former CIA head David Petraeus’ resignation might be more significant than first thought: as all eyes turn to the ex-intelligence chief’s mistress, it’s apparent that she may have been privy to what really happened in Benghazi.

Two months after the storming of an US consulate in Benghazi, questions remain largely unanswered about both how and why insurgents entered the facility on September 11 and executed Ambassador Chris Stevens and three other Americans. The discussion became a heated issue on the campaign trail leading up to Election Day, and conflicting accounts from the White House, State Department and Congress all led to a mess of confusion that has only further spun out of control following the unexpected stepping down of Petraeus on Friday.

In the immediate aftermath of the CIA chief’s resignation, skeptics quickly suggested that there was more to the story, especially given Petraeus’ role as head of the country’s intelligence agency and the relatively unscathing extramarital affair that he rightfully admitted to in citing his departure from office. As journalists and investigators tried to dig deep for info on the alleged mistress, Petraeus biographer Paula Broadwell, as expected the story took a drastic turn by Sunday when it was revealed that she may have been briefed on the truth of the Benghazi scandal while the rest of the country claws for answers.

A speech given by Broadwell only last month at her Alma matter suggests that she was given information about the terrorist attack that never made it to the American public.

“Now I don’t know if a lot of you heard this, but the CIA annex had actually had taken a couple of Libya militia members prisoner,” Broadwell told a crowd at the University of Denver alumni symposium on October 26. “And they think that the attack on the consulate was an effort to try to get these prisoners back. So that’s still being vetted.”