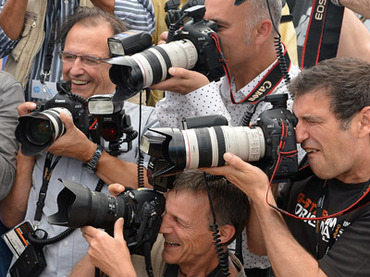 The next time a tourist snaps a picture of the famous Hollywood sign, their photo won’t be the only item added to the annals. The LAPD considers photography a suspicious activity, and trying to take certain shots may add a page to your personal file.

A memo released last month by Police Chief Charlie Bucks re-categorizes certain behaviors — including photo shoots in public spots — to constitute suspicious activity, which is enough to have cops file a report, open an investigation and forward any further information about a suspect to the federal authorities — all over just an itchy shutter finger.

In an interdepartmental statement dispatched on August 16, Beck writes, “Taking pictures or videos of facilities/buildings, infrastructures or protected sites in a manner that would arouse suspicion in a reasonable person” is enough of a red flag to have authorities file a suspicious activity report, or SAR. According to departmental policies, those SAR files are then sent into a Consolidated Crime and Analysis Database (CCAD), where they are occasionally added to a Crime Analysis Mapping System (CAMS) for further investigation. From there, intelligence can be stored in a Information Sharing Environment (ISE) Suspicious Activity Reporting (SAR) Shared Space and accessed at fusion centers across the country, such as the LA area’s Joint Regional Intelligence Center, where other intel is interpreted, dissected and divulged by agencies like the FBI and the US Department of Homeland Security.

In a 2010 evaluation conducted by the US Justice Department, the DoJ writes, “Ultimately, the ISE-SAR EE, through the use of the Shared Spaces concept, provides a solution for law enforcement agencies to share terrorism-related suspicious activity information, while continuing to maintain control of their data through a distributed model of information sharing.”(.pdf)