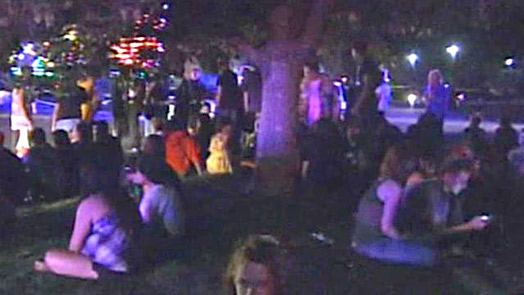 Bomb technicians have disposed of all explosive devices removed from the Aurora, Colorado apartment of James Holmes, the man suspected of killing 12 people and wounding 58 others at a movie screening late Thursday night.

Improvised explosive devices were placed in a sand truck and taken to a disposal site. Once there, some of the materials were detonated inside makeshift cinderblock containers while the rest was buried, then detonated once underground.

Video of the scene shows a series of coordinated blasts, after which the material burned for several minutes.

There were no official comments on the kind or quantity of explosive materials that had been detonated, but earlier police reported that they had discovered some 30 softball-sized home-made explosive devices in the suspect’s apartment.