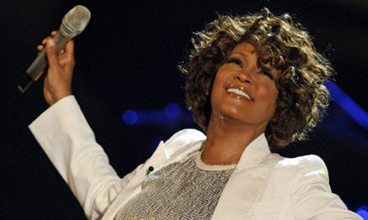 US singer and actress Whitney Houston has passed away at the age of 48 in Los Angeles. Her publicist Kristen Foster informed the Associated Press of her demise. The cause of her death is as yet unclear.

“Unfortunately, it is true,” a spokeswoman for Houston’s family confirmed to Reuters.

The singer was found in a hotel room in Beverly Hills, police spokesman Mark Rosen told reporters. “At 3:55 pm Whitney Houston was pronounced dead at the Beverly Hilton Hotel.”

Houston’s death comes on the eve of one of the music world’s biggest events, the Grammys, where she received six awards during her career. Celebrated as one of the greatest female singers of all time, she also won two Emmys, 30 Billboard and 22 American Music awards.

However, in recent years the diva had struggled with drug abuse which affected her brilliant voice and superstar image. “The biggest devil is me. I’m either my best friend or my worst enemy,” Houston said in a 2002 interview with ABC’s Diane Sawyer.

She was one of the world’s best-selling artists with more than 170 million albums and singles sold across the world. Her musical work influenced a generation of younger singers, from Christina Aguilera to Mariah Carey.

Whitney Houston started her acting career in The Bodyguard (1992). Whitney’s lead single from its original soundtrack, “I Will Always Love You,” became the best-selling single by a female artist in music history. She also starred in Waiting to Exhale (1995) and The Preacher’s Wife (1996).

She was born in 1963 in a middle-income neighborhood in Newark, New Jersey, into the family of John Russell Houston, Jr. an entertainment executive and Cissy Houston, an accomplished gospel singer. She found inspiration in the soul and gospel musical traditions of her family. She was the cousin of Dionne Warwick and god-daughter of Aretha Franklin.