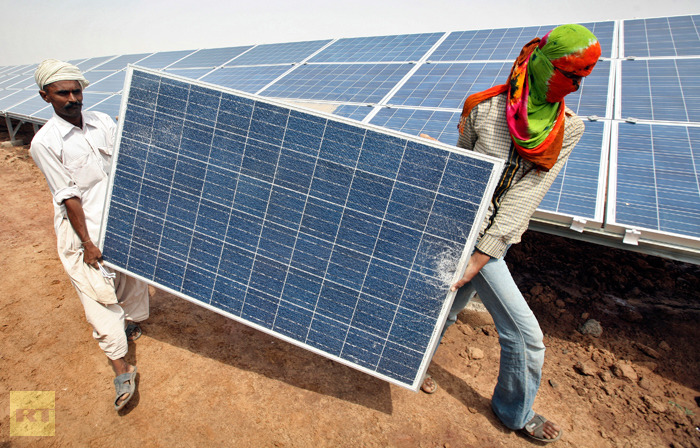 The world’s largest solar power field has been switched on in India’s western state of Gujarat. Accounting for 214 megawatts of photovoltaic solar capacity, it becomes larger than China’s 200 MW Golmud Solar Park, which previously held the record.

­The newly-developed solar power park will be a 500-megawatt system using state-of-the-art thin film photovoltaic technology and should be fully completed by the end of 2014.

It now has an operational capacity of 214 MW and has already become the largest such single location in the world, spread over 3,000 acres of mainly wasteland. Gujarat environment chief S.K. Nanda says the state is ideal for the solar project because of its sparsely-populated desert in the north.

The project has become part of 600 megawatt solar energy addition to India’s power grid, including sections that were already operational.