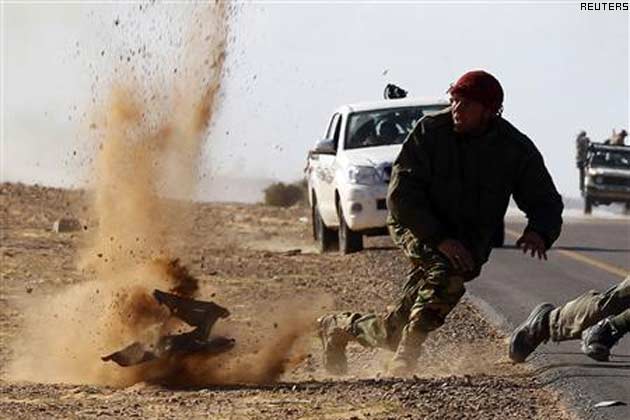 Fighters loyal to late Libyan leader Muammar Gaddafi have clashed with revolutionary forces in the former-regime stronghold of Bani Walid, taking control of the city in the process.

The head of Libya’s National Transitional Council Mustafa Abdel Jalil today warned of the threat of another civil war.

At least five NTC troops were killed and 30 others injured in the violence, Interfax reports.

M’barek al-Fotmani, a local official, says the pro-Gaddafi rebels who seized control of Bani Walid were using heavy weaponry including 106mm anti-tank weapons.
He also said that authorities called for help when the attack began, but the NTC did not send any troops.

“There are between 100 and 150 men armed with heavy weapons who are attacking. We have asked for the army to intervene, but the Defense Ministry and NTC have let us down,” he told Agence France Press.

“We’re out of the frying pan into the fire. We’ve been warning about this for the past two months,” he added.
Witnesses say the violence erupted on Monday after Gaddafi loyalists, angry over the arrest of one of their men, attacked pro-revolution fighters.