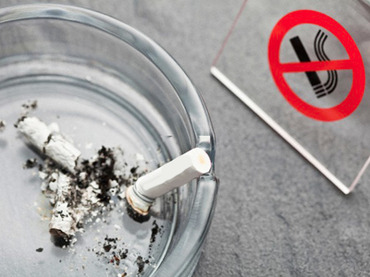 Scientists are saying they could be closer to curing cigarette addiction than ever before: researchers at a New York lab have developed a vaccine that they think curbs the need for a fix and so far their tests are being considered a success.

Research is still in its early stages at a Weill Cornell Medical College lab, but so far scientists think they are on the right track to treating nicotine addiction. If their tests continue to return positive results, the doctors behind the development say they might be able to eliminate addiction, and all with just a simple vaccine.

By injecting humans with a harmless virus that modifies liver cells, scientists are able to change the body’s chemistry so that it is tricked into generating a steady stream of nicotine antibodies. From there, nicotine fixes could be nixed immediately as the antibodies seek to steer the body away from wanting another drag of a cigarette.

“The antibody is like a little Pac-Man floating around in the blood, and it grabs onto the nicotine and prevents it from reaching the brain, so there’s no reward,” Dr. Ronald Crystal, chairman of Genetic Medicine at Weill Cornell, says in a statement.