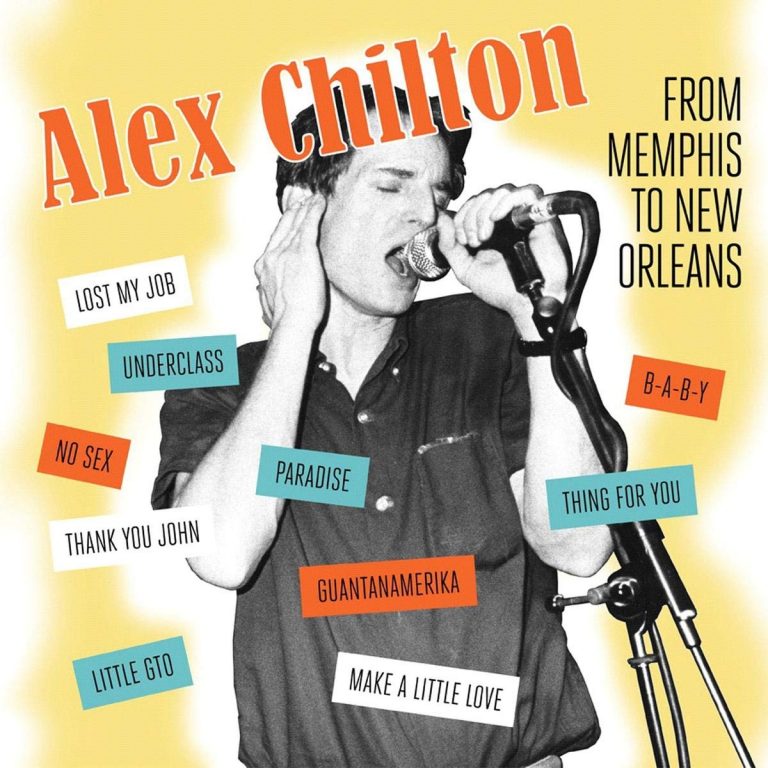 A trio of discs celebrating the ever-growing legacy of Big Star and that band’s late frontman Alex Chilton, as well as a new LP from Southern California songstress Alice Wallace highlight my latest round of recommended new listens.

Tell me more: Captured in the wake of the release of their second album, 1974’s brilliant “Radio City,” Big Star’s performance featured on “Live on WLIR” is essential listening for fans of the legendary Memphis band. The 15-track set recorded on New York radio station WLIR-FM features singer-guitarist Alex Chilton, drummer-vocalist Jody Stephens and bassist John Lightman performing many of Big Star’s most beloved original songs as well as an acoustic cover of Loudon Wainwright III’s “Motel Blues” and a short on-air interview. Although the radio broadcast was originally released as “Live” in 1992, the recording has now been restored and remastered as both a single audio CD or double LP release. Highlights on “Live on WLIR” include the shimmering “September Gurls,” the melodic rockers “Way Out West” and “In The Street,” and the acoustic “Thirteen” (the latter one of several cuts that Chilton performs solo). The collection has new, updated liner notes from Memphis writer Robert Gordon (a Grammy winner for his essay on the 2010 Big Star box set “Keep an Eye on the Sky”) as well as a new interview with John Lightman conducted by Chris Bell biographer Rich Tupica. Information: OmnivoreRecordings.com.

Tell me more: Alex Chilton’s third act is celebrated on several new releases coming in February 2019, including “From Memphis to New Orleans.” Having found fame during his teens as lead singer of The Box Tops and cult acclaim in his twenties leading Big Star, Alex Chilton explored his Southern roots when he emerged from a self-imposed exile in the 1980s. The material featured on “From Memphis to New Orleans” is loose and authentic, showcasing a more relaxed Chilton than the intense personality showcased on Big Star’s seminal discs. “Paradise” (with its late ’50s-flavored Buddy Holly stylings), the soulful New Orleans-minded “Underclass” and “Make A Little Love,” tuneful “Let Me Get Close To You,” and Beach Boys-mining “Little GTO” reflect the joyful spirit of this period in Chilton’s career. Information: bar-none.com.

Tell me more: Alice Wallace’s “Into the Blue” is one of the first masterworks of 2019. An album that combines the best of contemporary Americana and modern country music styles, the 10-track album should further introduce the emerging artist to a wider audience. Wallace has an emotive and dazzling soprano voice to be sure (just listen to her voice soar in the final moments of “Desert Rose” and artfully again in “Top of the World”) but it is the way she wraps her musical talents around persuasive songs often directed at issues of female empowerment and life in Southern California that elevate the soaring soundscapes even higher. Every song on “Into The Blue” is a great one with the tracks resonating with each listen; indeed residents of wildfire-ravaged Southern California will relate to the timely “Santa Ana Winds” while everyone will appreciate universal themes explored in “The Lonely Talking,” “The Same Old Song” and “Top of the World.” Information: AliceWallaceMusic.com.

Tell me more: The second of two Alex Chilton releases set for release by Bar/None Records in February, “Songs From Robin Hood Lane” collects four previously unreleased performances as well as rare tracks and recordings long out of print. The dozen-song title finds Chilton offering up his emotional takes on jazz-styled classics ranging from “Don’t Let The Sun Catch You Crying” and “My Baby Just Cares For Me” to “All Of You” and “Time After Time.” A version of the American Songbook classic “Save Your Love For Me” is especially poignant. Information: bar-none.com.