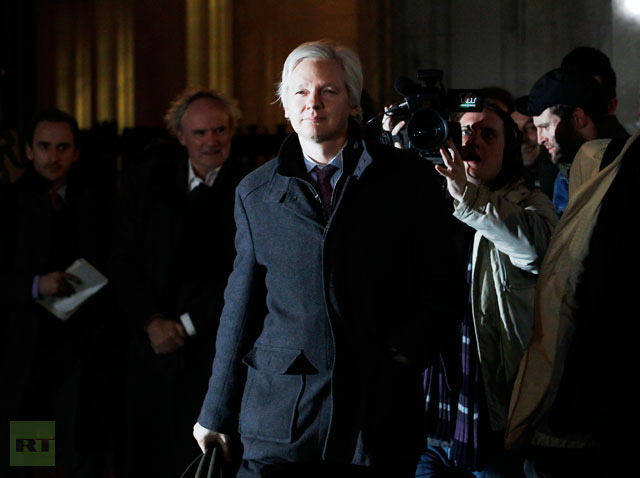 In 2012 Julian Assange was fighting against extradition in the UK courts. He lost and ended up in the Ecuadorian embassy: granted asylum, but unable to leave. Yet he managed to host his own show on RT, write a book and talk about freedom of speech.

Ecuador granted political asylum to WikiLeaks founder Julian Assange on August 16. The decision came almost two months after the world-famous whistleblower came to the country’s embassy in London seeking protection in an effort to avoid extradition to Sweden.

“We have decided to grant political asylum to Mr. Assange,” said Ecuadorian Foreign Minister Ricardo Patino. “We believe that his fears are legitimate and there are the threats that he could face political persecution.”

Swedish authorities want to question Assange over allegations of “unlawful coercion and sexual misconduct.” He is not charged with any crime. The UK Supreme court ruled WikiLeaks founder should be extradited to Sweden. Assange remains convinced this would lead to his eventual extradition to the US, where he would face charges of espionage following the publication of thousands of classified documents, including secret cables of the US State Department.