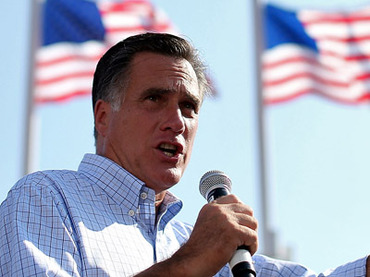 The Secret Service is up in arms over claims being made by a group that says they have obtained White House hopeful Mitt Romney’s tax records. In a message posted online, the group says they will leak the files if not paid $1,000,000 in Bitcoins.

An unidentified group says that they managed to make their way into the Franklin, Tennessee branch of Romney’s PricewaterhouseCoopers LLP company and accessed the computer servers that contained encrypted copies of “tax documents for one Willard M Romney and Ann D Romney.” Now they want his campaign to convert one million US dollars into Bitcoins, a decentralized digital crypto-currency, or else they will release the files to the press.

The group has issued a warning but has so far provided no material proof to validate their claim. If their demands are not met, however, they insist that they will follow through with their threat.

“All major news media outlets are going to be sent an encrypted copy of the most recent tax years that your company had on file since you did not have them all in a convenient electronic form,” the author of the letter, posted to Pastebin.com and first discovered by the Nashville City Paper, writes.“If the parties interested do not want the encrypted key released to the public to unlock these documents on September 28 of this year then payment will be necessary.”

The mastermind behind the alleged extortion plot says that the group will release “all available 1040 tax forms for Romney” if his campaign does not contribute the funds by September 28, at which point, “the entire world will be allowed to view the documents with a publicly released key to unlock everything.”