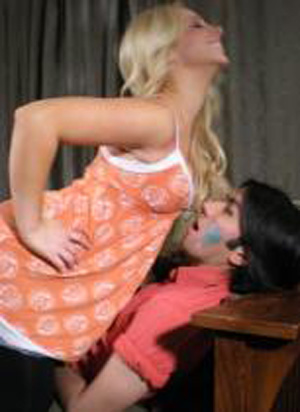 Another wonderful project from Hanuman Media & PowerSource Productions. “In Transit: is based on a true story that producer/writer/actor Sunil Sadarangani experienced at a bus-stop in Los Angeles . The meeting of the character Maria happened on Mother’s Day in Los Angeles 2008. The interaction of the two characters coupled with the fact that it occurred on Mother’s Day motivated Suniil to write the script and bring it to life on the screen.

Lilliana Arriaga, famed La Chupito’s character and star from Mexico makes her film debut with In Transit and the charisma between her and Sadarangani is very sweet. The vastness of the metropolitan, impersonal relationships language and cultural barriers can all contribute to the isolation of the individual in the 21st century. “In Transit” offers the hope of connection and empathy, along with a colorful dose of humor while offering up the bus stop as the new location for finding common ground and shared humanity.

Just in – In Transit has been accepted into the 2012 Idyllwild International Film Festival, California, in the competition section. This festival has been touted as the Sundance of California and attracts major players from Hollywood. This year two big independent distribution companies will be present – Open Road Films/Miramax and Osiris Entertainment. Also this year the focus will be on short films and new inspiring themes, which is what In Transit is all about.