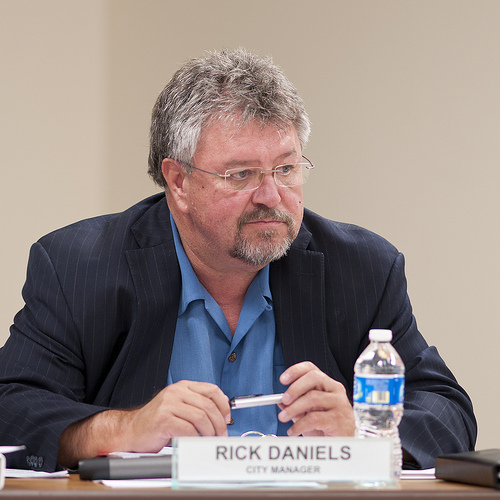 Desert Hot Springs, California (February 14, 2012) – Rather than engage in a respectful and healthy dialogue, it appears that certain members of the union are attempting to wage a battle in the media in place of and instead of using the established and neutral protocols to properly air and consider workplace grievances of differences as called for in the recently adopted labor agreement.

The good and decent citizens of DHS have twice voted overwhelmingly to expand and empower their Police Department in their pursuit to protect and serve this community; a Department whose members are respected and supported in the community for what they do. The City Council has provided every available tool and technology at the disposal of the Police to protect this community. Public Safety is this community’s number one priority and we continue to work to reduce crime and improve the quality of life for our residents.

I can only conclude that this is an attempt to politically corrupt and create dissension from within the Department by misleading the public on what was portrayed to be an employee survey for discussing ways to improve the Department. I have great confidence in our Police Officers, command staff, and particularly Chief Patrick Williams.

Chief Williams has raised the bar as to the standards of performance excellence that is to be expected in the DHS PD in terms of honesty, humility, and proper behavior in the conduct of police work. Change has been tough for some as this organization continues to evolve towards what this community expects and to which it is entitled.