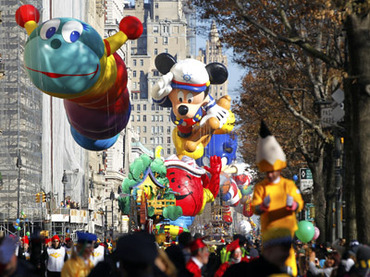 A New York police department is in trouble after its confidential documents were used as confetti in the city’s Macy’s Thanksgiving Parade.

Crowds standing alongside the signature floats and balloons during one of America’s biggest annual spectacles were bemused when confetti that turned out to be badly-shredded official records began landing on their clothes.

The documents, many of which were imprinted with the letterheads of the Nassau Police Department, contained social security numbers, addresses and license numbers.

More disturbingly, some of the recovered pieces appeared to be fragments of police reports, and private staff records – including those listing undercover officers.

One even detailed the route to be used by Mitt Romney during a presidential debate last month.

“How could someone have this kind of information, and how could it be distributed at the Thanksgiving Day Parade?”

Indeed, the provenance of the unusual ceremonial decorations remains a mystery.

Read the whole article plus more great photos of the Parade…