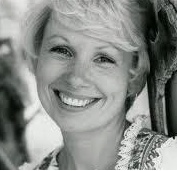 On Friday, March 23,  at 7 pm. Film and TV actress Joyce Bulifant will be the guest for the evening as we screen an episode of the 1962 TV Program WIDE COUNTRY.  Bulifant appeared as the guest star in this episode.

Joyce Bulifant’s acting career spans over 50 years as she appeared in movies such as THE HAPPIEST MILLIONAIRE, AIRPLANE, and the recent film DIRTY LOVE.  Her television credits are even more extensive, having appeared regularly on such series as THE MARY TYLER MOORE SHOW, THE BILL COSBY SHOW, FLO, FACTS OF LIFE, WEIRD SCIENCE, DR. KILDARE and others.

National Public Radio Film Critic Randy Fischer will interview Bulifant after the screening.  The audience will be invited to ask questions after the interview.

A vintage film print will be screened.

THE WIDE COUNTRY will be presented one-night-only on Friday, March 23, at 7 pm  at The Bijou Cinema.  The Bijou Cinema is located at 57482 Onaga Trail in Yucca Valley.  Admission is $ 10 per person.

For information and to join the society go to the website www.meetup.com/DESERT-CLASSIC-FILM-SOCIETY   Seating is limited.  Reservations are recommended and can be made on the website.  There is no charge to become a member.