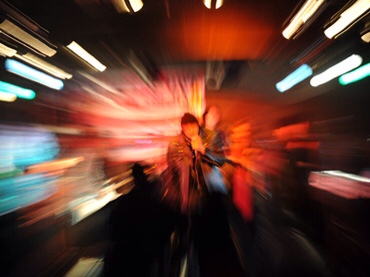 Following a seven-hour search across rural Alabama, police arrested a man early Friday that they consider a suspect in a Thursday evening rampage that left three people dead at a nightclub in the third mass shooting in America within a month.

Police arrested 22-year-old Ryan Clark Peterson of Enterprise, AL in a wooded area around 100 miles outside of Montgomery just after 7 a.m. Friday. The authorities believe Mr. Peterson played a role in a massacre at a Dothan, AL nightclub just before midnight late Thursday. Witnesses report that Peterson was allegedly kicked out of Teaser’s nightclub on Thursday, only to retreat to his car so that he could return with a gun. Investigators then say the shooter opened fire, killing three and injuring at least four more.

Shortly after authorities apprehended Peterson, officers informed the media that their suspect had not immediately been questioned yet because he was believed to be still inebriated. Of what little is known of the suspect, he was arrested at least once before this year over a charge of third-degree theft of property, Alabama’s Southeast Sun reports.

The Alabama nightclub massacre is the third mass shooting the United States has seen in only the last month. On July 20, 12 people were killed at an Aurora, Colorado movie theater after a gunman believed to be 24-year-old James Holmes opened fire; in a separate incident, investigators have identified Wade Michael Page as their sole suspect in a shooting last weekend at a Sikh temple outside of Milwaukee, Wisconsin that took the lives of a dozen more.

According to an ongoing tally kept by the Brady Campaign to Prevent Gun Violence, the United States is experiencing an average of 20 mass shootings each year.