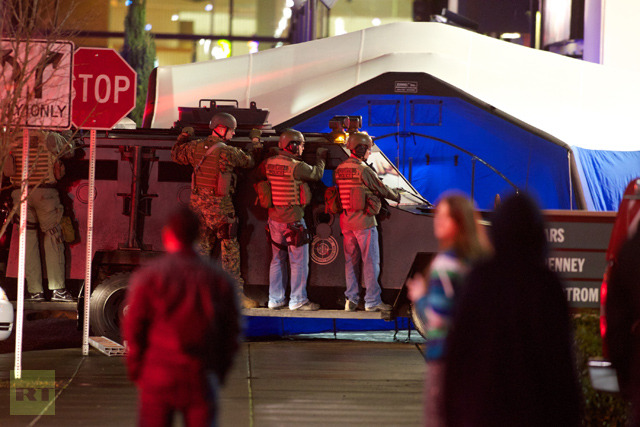 An unknown gunman has shot dead two people after opening fire in an Oregon mall full of holiday shoppers. Police say the assailant took his own life following the attack.

The injured victim was taken to hospital by helicopter and her condition remains serious.

The gunmen yelled out “I am the shooter”  before firing up to 60 shots from what witnesses said was an assault-style rifle. The attacker appeared to be a tall and slender teenager wearing all black camouflage with a white hockey mask, KATU television station has quoted eyewitnesses as saying.

Hundreds of shoppers were evacuated from the mall when the gunman opened fire in the food court around 3.30 pm local time. Many hid behind counters or in nearby shops.

“We heard people running back here screaming, yelling ‘911’,” Kayla Sprint, who was at the mall for a job interview told AP. Sprint took cover in the back room of a store.