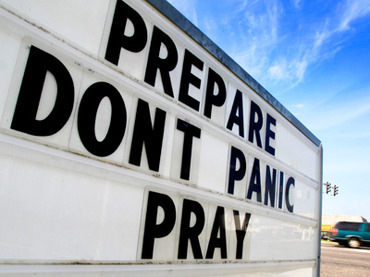 The US Gulf Coast is preparing for Hurricane Isaac, which is projected to hit New Orleans on the anniversary of the devastating Hurricane Katrina. Hundreds of US troops have been deployed throughout the city to prevent possible looting.

Isaac was upgraded to hurricane status just after 12pm local time. The eye of the storm was located about 75 miles southeast of the mouth of the Mississippi River and was heading northwest, according to the National Hurricane Center in Miami.

“We are officially in the fight and the city of New Orleans is on the front lines,” New Orleans Mayor Mitch Landrieu stated after Isaac finally formed into hurricane.

The Category 1 hurricane is expected to have winds of almost 100 miles per hour when it hits land. Isaac’s current trajectory puts New Orleans in its path.

Hurricane warnings were issued over 500 kilometers from Louisiana to western Florida on Monday. Residents of the coastal areas were advised to evacuate ahead of the storm and warned of possible flooding and electrical outages.

President Barack Obama has declared a state of emergency in Louisiana, releasing federal funding for emergency activities. Louisiana governor, Bobby Jindal, said the state had already spent about $8 million on a variety of “emergency protective measures.”

The Federal Emergency Management Agency has placed response teams at crisis operations centers and has moved support teams into the areas where the hurricane could hit.

When Katrina hit on August 29, 2005, it was a Category 3 hurricane with winds over 125 miles per hour. The devastation claimed the lives of over 1,800 people, most dying when the New Orleans levee system failed, with surging storm waters flooding large areas of the city.

Since 2005, the levee system has been rebuilt with over $10 billion being spent on improvements, said Mike Stack, the Chief of Emergency Management for the US Army Corp of Engineers.

“The system is designed to withstand the 100 year effects, it’s in place, it’s ready to go, there is no indication right now that the system will have any trouble with this event,” he said.

Isaac has already claimed 24 lives in the Dominican Republic and Haiti forcing tens of thousands to evacuate their homes over the weekend.