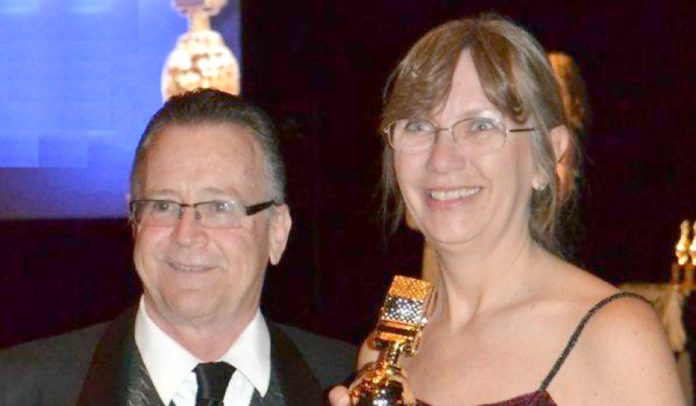 The Radio Television News Association honored Z107.7 News Managing Editor Tami Roleff‚s story, broken nationally by Z107.7, about a Landers man who survived nine days in the open desert last September by using his wits and trash he found. Judges called the story “good story, good detail” and wondered, (with tongue in cheek) “who would play Roleff in the TV movie.” (The lead in to the story had said it was “Like a script for a Hollywood movie.”)

Z107.7 News broadcasts seven newscasts a day, seven days a week with intensive coverage of the desert communities of Yucca Valley, Twentynine Palms, Joshua Tree, Landers, and Morongo Valley. The story was Roleff‚s first entry in the prestigious awards and the second “Golden Mike” for Z107-7 News. They won for “Best News Writing” 2 years ago.

Morongo Basin Broadcasting Corporation President and General Manager Cindy Daigneault had high praise for Roleff and the entire news staff saying, “For Z107.7 News to be competing at the same level as the major market news operations is an amazing accomplishment and demonstrates the high quality of news coverage offered to Morongo Basin residents both on Z107.7 and at our website, www.kcdzfm.com.”

The highlight of the awards ceremony was former NBC Nightly News anchor Tom Brokaw receiving the “Broadcast Legend” award and Warren Olney receiving the “Lifetime Achievement Award” for his many years on Television and Radio news stations, locally and internationally. The “Golden Mikes” Awards ceremony took place at the Universal Hilton Hotel in Universal City.