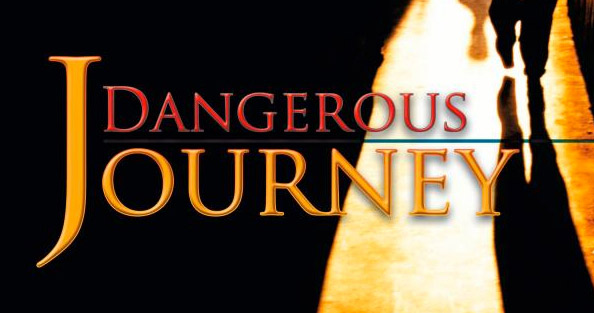 Desert Hot Springs, CA.:  When Joseph W. Myer embarked on the writing of his new novel DANGEROUS JOURNEY, (published by iUniverse), he had no intention of writing fiction. “The original inspiration for this book was my personal journey of the spirit,” remembers Myer.  “I started writing the book about five years ago.”

In those years, Myers’ protagonist, “J.R.” began to tell, not only Myer’s story, but his own.

DANGEROUS JOURNEY in summary…  After years of self-destructive behavior and hard luck, former publicist James  Russell “J.R.” Cronyn finds love with the talented and lovely Kate Winfield. Her support and his new-found faith in God give him the strength to reunite with his estranged daughter, Elizabeth, and his son, Bobby, the owner and CEO of a successful computer company.

When Bobby tells J.R. that God has asked him to give a percentage of his money away, J.R. convinces him to buy large quantities of a particular drug that cures women and babies who are stricken with the HIV/AIDS virus. Bobby consents and agrees to join his father, and sister, on a humanitarian mission to South Africa.

On his journey, J.R. meets Natasha, a beautiful and talented orphan, whom he wants to adopt.  But they all face great danger when she is kidnapped and held ransom for $1 million US dollars.

DANGEROUS JOURNEY is an adventurous odyssey that is uniquely positioned to appeal to a wide range of readers.

ABOUT THE AUTHOR:  Joseph W. Myer, now retired from his job at the DHS Boys & Girls Club, was once an actor in New York where he tread the boards in his one-man show based on the life and times of Walt Whitman.  When he first came to the Coachella Valley, he wrote for the Desert Sun and then became the editor for the Palm Springs’ magazine, Entertainment. Myer lives in D.H.S. and is currently writing a screenplay.