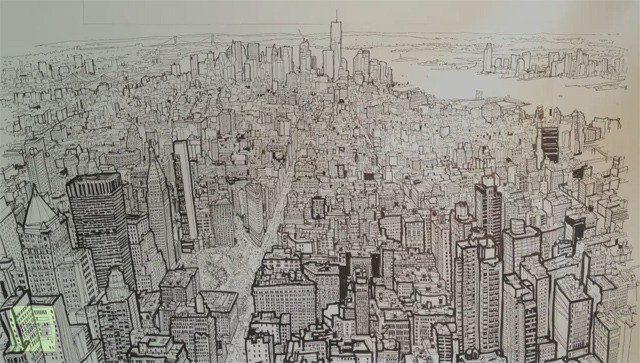 A British artist becomes an online hit after he created a remarkable drawing of the Lower Manhattan skyline as seen from the top of the Empire State building. Video of the drawing process posted on YouTube and Vimeo has gone viral across the world.

Patrick Vale, created the time-lapse video in a bid to prove that he draws freehand. Thus he placed his smart phone on a tripod over his hands and filmed the drawing being created.

It took Vale four days to finish his ink-made sketch, as he returned to the observation deck on the 102nd floor of the Empire State, The Huffington Post reports.

The artist, drawing to Moanin by Charles Mingus, appears to have made very few errors whilst sketching the skyline.