Desert Local News Desert Local News is your local news, entertainment, theater, film, and online fashion magazine. We provide you with the latest breaking news straight from the entertainment industry.
Home Breaking News Assange to UN: ‘It is time for the US to cease its persecution of WikiLeaks’ (VIDEO) 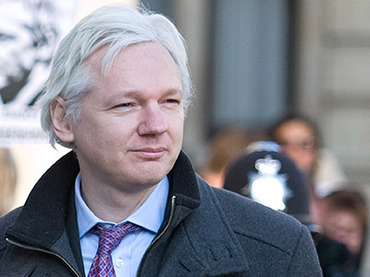 WikiLeaks founder Julian Assange has called on the United States to move from words to actions, and put an end to its persecution of WikiLeaks, its people and its sources. He made the statement during an address to a panel of UN delegates.

Addressing the representatives of the United Nations’ member countries, the WikiLeaks founder spoke of the difference between words and actions, praising US President Barack Obama for his words.

“We commend and agree with the words that peace can be achieved… But the time for words has run out. It is time for the US to cease its persecution of WikiLeaks, our people and our sources.”

Assange was highly critical of US involvement in the Arab Spring, denouncing Obama as audacious for exploiting it. He added that it is “disrespectful of the dead” to claim that the US has supported forces of change.

“Was it not audacious for the US President to say that his country supported the forces of change in the Arab Spring? Tunisian history did not begin in December 2010, andMohamed Bouazizi did not set himself on fire so that Barack Obama could be re-elected,”Assange told the panel.

“The world knew after reading WikiLeaks that Ben Ali and his government had for long years enjoyed the indifference, if not the support, of the US, in full knowledge of its excesses and its crimes. So it must come as a surprise to the Tunisians that the US supported the forces of change in their country, and it must come as a surprise to the Egyptian teenagers who washed American tear gas out of their eyes, that the US administration supported change in Egypt”