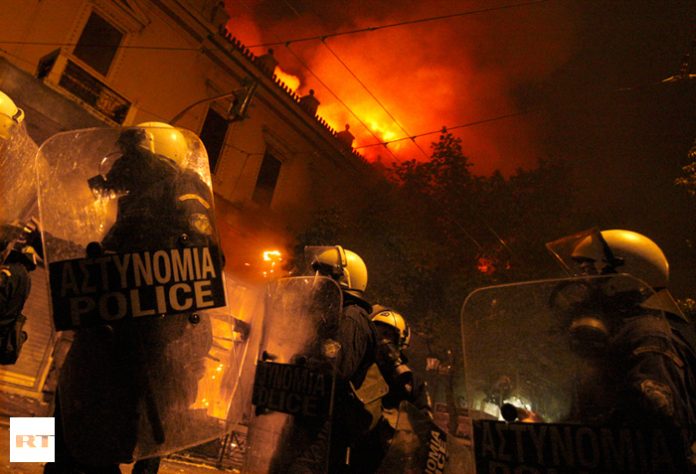 Firefighters are dousing smoldering buildings and cleanup crews are sweeping rubble following a night of rioting in central Athens. The stench of tear gas hung in the air Monday morning, choking passers-by. Looters smashed dozens of shops as 45 buildings, including a cinema, bank, cafeteria, a mobile phone dealership and a glassware shop, burned in central Athens.

Police say at least 150 shops were looted in the capital. Dozens of police officers were injured and at least 70 people were hospitalized, with overall 120 injured. Sixty-seven rioters were arrested for attacking police officers and over 75 more were detained.