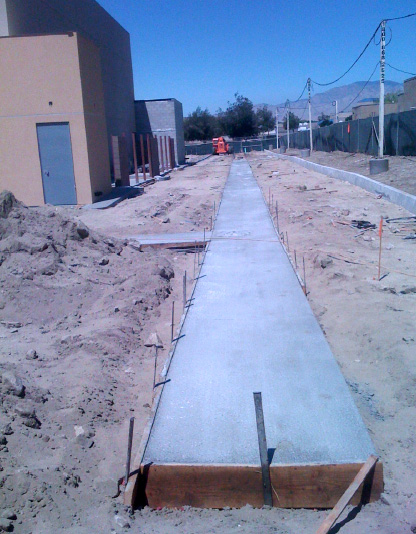 o Slab on grade foundations are being poured for the 4,200 sq.ft. addition.

o Splash pad structure and piping about to begin.

o Installation of wrought fences and gates about to begin.

which will be conducted by Teaman, Ramirez & Smith the week of June 11th.

• Preparing a Request for Proposals (RFP) for Business License Audit Services, with

the target release date being mid-July.

• Prepared for Open Enrollment, which will be conducted the week of June 11th.

• Preparing an RFP for Economic Development Services, with the target release date

being end of June.

revisions, expect to issue final permit to construct by end of June.

• Fireworks pre-sale meeting with booth operators is being organized.

construction to begin on June 25.

• Phase II is out to bid and will be awarded on July 3.

• Sonora Sidewalk Project is out to bid and will be awarded on July 3.

• 4th Street Sidewalk Project is out to bid and will be awarded on July 3.

• Participated in the following meetings/events:

o Met with FSA and others regarding the Promise Neighborhood grant proposal.

parcel in the 67000 block of Monterey Rd. A Notice of Violation (NOV) was also

issued to the property owner for Disruptive Activities.

• Red- tagging a hotel/spa in the 11000 block of Palm Dr. An Administrative Citation

was issued and the case forwarded to the City Prosecutor to file criminal charges.

• Issuing an Administrative Citation to a hotel in the 13400 block of Palm Dr. for

13500 block of Palm Dr. for abandoned signage not removed pursuant to code.

• Cost Recovery for 2012 is nearly completed.